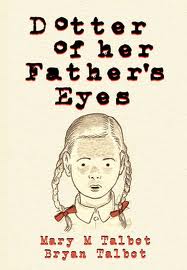 The recipients of the 2012 Costa book awards in individual categories have been announced, and the list contains names both familiar and unfamiliar, as well as two significant firsts: women swept all five categories, and a graphic work was named the winner of the biography section. Mary Talbot’s Dotter of Her Father’s Eyes (Jonathan Cape), illustrated by her husband Bryan, won honors as biography of the year, while Hilary Mantel kept her winning streak going by winning the novel award for Bring Up the Bodies (HarperCollins UK). Francesca Segal won first novel for The Innocents (Hyperion), modeled on Edith Wharton’s The Age of Innocence and set in a tight-knit Jewish community in London; The Overhaul (Pan Macmillan) by Kathleen Jamie (described by the judges as “the collection that will convert you to poetry”) won in poetry, and Sally Gardner’s Maggot Moon (Hot Key Books), which has as its hero a 15 year old dyslexic boy, was named children’s book of the year. “Once again, our judges have selected five terrific books as Award winners from the various categories,” said Christopher Rogers, Managing Director, Costa.  “We’re very proud to be announcing such a diverse and excellent collection of books which we know people will enjoy reading.”

Talbot, as quoted by The Guardian, was thrilled to learn that a woman won in every category. “Wonderful. It just shows how much female talent there is out there.”

It is not, however, the first graphic work to win a major literary prize — Art Spiegelman’s Maus won the Pulitzer in 1992 and Chris Ware won the Guardian first book prize in 2001 for Jimmy Corrigan: The Smartest Kid on Earth, but the Costa award is still a significant step forward in terms of respect for the increasingly popular graphic medium.

“It’s a good thing for graphic novels as a whole,” said Bryan Talbot, whose work includes The Adventures of Luther Arkwright and Alice in Sunderland. “Graphic novels are becoming increasingly accepted as a legitimate art form…We are living in the golden age of graphic novels.”

The winner in each category, besides collecting 5,000 pounds, goes on to compete again for the overall Costa book of the year, which will be awarded on January 29. Bookmarkers William Hill have named Mantel as the favorite at 5/4 odds, followed by Segal (3/1); the Talbots (4/1), Jamie (5/1) and Gardner (7/1).

And there were other winners!

Illustrator Quentin Blake was among the publishing figures who were recognized in Queen Elizabeth’s New Years Honours List.

Blake, who provided the illustrations for Roald Dahl’s stories as well as artwork for David Walliams’ children’s books, was made a CBE for his services to illustration. He was also recognized for his work in commissioning art in hospitals, and for his contribution to the House of Illustration, a permanent museum to which he has pledged his entire archive.

Blake told the press after being told about his award: “The funny thing is that my books are published a lot in France and Germany and I get a lot of letters from people there who think I have it already, so I suppose this kind of regularizes it. I haven’t quite got used to it yet, but I’m very pleased a bout it. I’ve already had an OBE and a CBE. I think of it as quite a nice 80th birthday present. But I think it is even more valuable to me because it is for things that aren’t finished — it relates to projects that are still ongoing.”

Other figures who received recognition on the Honours List were librarians, including Zwi Rabin, founder of the Jewish Lubavitch Library in Stamford Hill; academic and author Dr. Lisa Appignanesi for services to literature, and indexer Douglas Matthews.