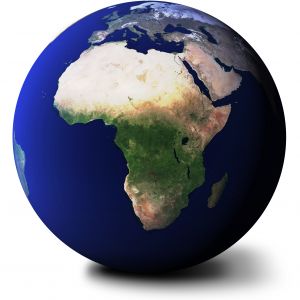 Depending on who you ask, Africa has between 54 and 57 different countries (Morocco is, for example, not a member of the African Union), with more than a billion people living on the continent. Yet, for all its immensity, Africa rarely comes up in conversations about publishing (or much else for that matter).

This is unfortunate. The Continent represents what is likely one of the greatest challenges to publishers and poses the question of how to you get more than a billion people, of an enormous diversity of languages, cultures, religions — many of whom have zero access to books — to become readers. To be educated. To be more fully integrated into the 21st century that so many of us live in.

For all our talk about working in “developing markets” — Brazil, China, India — our focus is almost exclusively on commercial concerns. We never talk about Brazil, China or India (each of which has enormous challenges of its own) as “lost causes.” The conversation revolves around “opportunity.”

With Africa, at least as long as I have been alive, it has always been different.

One of the most memorable moments of my life was when I was working in Lusaka, Zambia as a journalist and logged onto the internet with a friend. It was her first time seeing the Web and she wanted me to show her what it was all about. She worked at the business center at my hotel, but had never been online and neither had anyone else she knew. This was in 1998. I typed in www.amazon.com and moments after the screen came up on our exceedingly slow dial-up connection (I had one of the first accounts in the country, arranged through the local university), she saw the homepage and everything that was for sale. Her eyes opened wide in wonder, as if they were going to pop out of her head. “I never knew you had soooo much,” she said, adding “You must be very rich.”

We are very rich. And we often take what we have for granted.

For those of us that work in publishing, the material rewards are often limited compared to those in other “big city professions,” like, say, banking. There is a strain of idealism that runs through us in the publishing community (some, of course, more than others). We would do well to extend some of that idealism and put it into practice by trying to reach those with the greatest deficit.

Yes, the challenges are immense and I for one don’t have an answer how to do this; no one does. But finding an answer starts by making Africa part of the conversation.