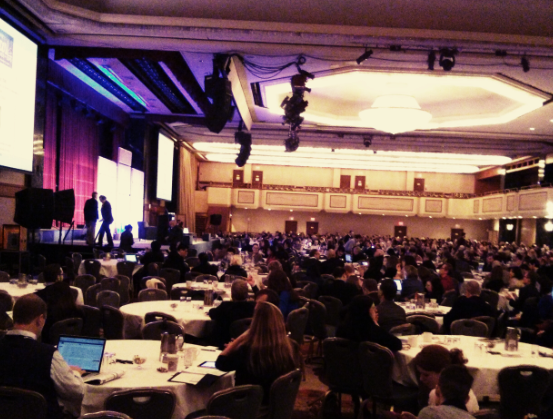 The best ebook marketing strategy appears to be simple: price manipulation. Generally speaking, the lower the price, the more units you will sell. And prices are heading lower the Book Industry Study Group confirmed when it noted that over the last four years the average price of ebooks has slid from $10 to $6. And a bit of Kitchen Sink wisdom here: cut-price sales work. Kindle Daily Deals drive big buys, but don’t expect a long term impact, as the halo effect of the resulting jump in sales ranking is shrinking, especially as the market becomes saturated with competing titles.

But trade publishers should note that not every ebook buyer is a bargain basement shopper. “Independent bookstore shoppers are different,” noted Michael Tamblyn, Chief Content Officer, Kobo. Looking at data from the first few months of his company’s partnership with the American Booksellers Association, he said that more than 50% of the books sold have been priced at “$9.99 and above,” versus less than “30% for the average US consumer.”

Unfortunately, “we haven’t seen price innovation in physical retail,” said Michael Cader, conference co-organizer and CEO of PublishersMarketplace. “Price innovation has driven digital sales, but where is it at the physical bookstores? Where are the ‘daily deals’ at the retail level that drives people into the store and motivates consumers?” The ultimate question, he added: “Who is going to pay for the bookstores?”

But why, at a digital publishing conference, would someone be talking about bookstores?

And despite the fact that the more than $1.4 billion has been spent on advertising for ereaders and tablets between 2010 and 2012, online marketing “still accounts for just 10%” of book discovery.

“Marketing is going to have to become much more data driven, much more targeted,” admitted Chantal Restivo-Alessi, Chief Digital Officer, HarperCollins. “We need to be much more continuous in the dialogue we establish with the consumer. We need to be focused on our costs. We need to think about where to spend more money and time in that engagement.”

But don’t think that social media is a silver bullet. Even Teddy Goff, Digital Director for Obama’s 2012 re-election campaign, admitted the limitations. The overuse of social media as a sales channel can strain a relationship. Swapping sales for fundraising, Goff noted, “maybe we raised $1 million on social media, but it might not always have been the best use of the medium and we could have used the channel to communicate a different message that would have attracted a broader audience. One or two emails might have been just as effective in fundraising.”

When it comes to book marketing, “it is hard to generalize and depends on the category,” said Nina von Moltke, SVP, Director of Digital Publishing Development, Random House. “Someone with an amazing social presence might not have the sales.” She added that, “display still matters, co-op still matters. Having a book visible on the store level is all important for discoverability.”

To this end, von Molke said Random House had invested in “consumer insights” and established a whole team to parse the analytics and data. “Ultimately, what we all want to achieve is maximizing models.”

Of course, once a reader “discovers” a book, converting them into a buyer is another matter altogether. Convincing buyers to stop showrooming in bookstores and opting for a cheaper option online is going to be the next great challenge.

No matter what a publisher does to get books in front of readers, it has to ring true. “Inauthentic marketing doesn’t work,” said Carolyn Pittis, SVP, Publishing Transformation at HarperCollins.

Random House has been praised recently for the authenticity of its Facebook page, which focuses more on promoting the content of a book, rather than using the medium as a sales channel. Naturally, there is some cynicism about this approach in the industry. “You can become very popular on Facebook very quickly…provided you’re willing to pay for it,” said the digital marketing director of a rival company in a curt dismissal of Random House’s Facebook success.

It was a bit of brisk honesty at an event that, if anything, demonstrated the publishing industry has settled on politeness and dialed back the hyperbolic “end of the world” rhetoric and “come to Jesus” digital evangelizing that has marked such gatherings in recent years.

Maybe it was the surfeit of new data that has had an ameliorative effect. Executives are often more comfortable with spreadsheets and statistics than they are with capital “C” culture and anecdote. Alas, publishing statistics, no matter how rigorously acquired, always demand a degree of skepticism, particularly when they are delivered with no context or the opportunity to question them.

In just one example, Kobo is claiming that it has secured 20% of the global ebook business, but that number appears to be derived not from direct ebook sales, but from supply chain component orders for their devices. If their stated claim of 12 million worldwide customers is accurate (and it should be, since they can count them), a rough extrapolation would suggest they have 2.4 million “power buyers” — the proverbial 20% of the population who buy 80% of books. Are 2.4 million consumer supporting 20% of the global ebook business?

Amazon, Barnes & Noble, Google, and a little company called Apple — one with quarterly revenue equivalent to the entire annual global book business and has gained a considerable percentage of the global market share in the past year — might want to challenge those figures.

SURVEY: How Long Can Bookstores Survive as Purveyors of Print?