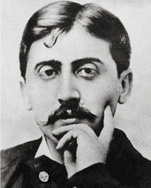 Publishing Proust was no easier 100 years ago than it would be today, explains Anka Muhlstein, author of “Monsieur Proust’s Library” Anka Muhlstein, a Proust expert, is married to the novelist Louis Begley

As the host/moderator of Publishing Perspectives’ “The Cork-lined Room” our now completed year-long examination of Marcel’s Proust’s epic masterpiece, In Search of Lost Time, I am, naturally, interested in all things Proust. There were countless books that I read during that year covering every aspect of Proust and his work imaginable — some excellent (Eric Karpeles’ Paintings in Proust (Thames & Hudson) comes immediately to mind), others, not so much. So I am happy to note that Anka Muhlstein’s Monsieur Proust’s Library (Other Press), which looks at In Search by way of the books that Proust himself read and the way they influenced both the book and its characters, has become a permanent addition to my Proust library, and is a must read both for Proustians and want-to-be Proustians alike.

“The complete publication of Proust’s novel took 15 years and Proust did not live to see it completed.”

I was fortunate enough to have the opportunity to interview Ms. Muhlstein, the author of biographies of Queen Victoria, James de Rothchild, a double biography, Elizabeth 1 and Mary Stuart (Haus Publishing), and most recently, Balzac’s Omelette, and, along with her husband novelist Louis Begley, a book on Venice, Venice for Lovers (Grove Press).

We talked about her experiences with Proust, how she first discovered him, what attracts her to him…

“I first read In Search of Lost Time (Modern Library) at sixteen when I was still in high school.  I read it on my own, encouraged by my father. I am sure I skipped a lot of descriptions and concentrated on the comedy of manners aspect of the novel and probably did not realize how much I did not understand either of the psychological complications, the political perspective, and the literary underpinnings of the novel. I took it up again when I was in my twenties and had the impression of reading a completely different book. Then, in 1971, I was working at a French publishing house, Denoel, and was asked to put together a little book of quotes to mark the 100th anniversary of Proust’s birth. I then of course reread very attentively. This small volume brought about a happy turn in my life. I sent it to a very attractive American young man I had met in France. He happened to love Proust and was amused by my book. We started writing to each other. One thing led to another: we got married and we have never stopped discussing Proust’s characters and turning to one volume or another. We even listened to it on tape while we were driving.

After I had moved to New York from Paris, I started lecturing on Proust and two years ago, I gave a course, Proust’s People, on the different characters in the novel, at the Center for Fiction. Nothing teaches you more about a subject than teaching it. I had to read and to reread very closely and never regretted it. One of the reasons I love Proust that it is endlessly interesting; one always discovers something new in the text. Perhaps above all, I am always captivated by the beauty and the absolute originality of his style.” I asked her where she got the inspiration to look at In Search through the books that Proust loved.

“I first began to reflect on books and Proust when I was preparing a lecture at the Society Library in New York. My interest was two-fold: what were the books that nourished him and how did he use other people’s books in his own work. I realized that most of his characters were readers and that they way they read was immensely revealing of who they were. Characters in the novel are imbued with the ideas of the writers Proust admired. The painter, Elstir, for example, enunciates many of the theories of the English art critic John Ruskin. Characters reveal themselves by snobbishly criticizing lapses in style in Balzac, as does the University professor Brichot, or, in the instance of the narrator’s friend Bloch, chalking up Ruskin as a ‘dreary bore.’ The Duchesse de Guermantes, who is socially the central female character in the novel, sees literature as a weapon of social domination. The arrogant Charlus displays his deep sensitivity in his admiration for Madame de Sevigne’s moving letters to her daughter, his obsession about rank in his admiration for the Memoirs of Saint-Simon, the specialist of etiquette questions at the court of Louis IV and his unorthodox sexual tastes in his predilection for certain novels of Balzac.”

And, I wondered, given that the 100th anniversary of the publication of the first novel in the series, Swann’s Way, is coming up next year, what she’d like to say about it. And to all the authors who think it’s hard to get great books published today (and for all the publishers who think that difficulty with authors is a new phenomenon).

“The publishing house reader who reported on Proust’s manuscript rejected it outright.”

“The complete publication of Proust’s novel took 15 years and Proust did not live to see it completed. The publication was interrupted by World War I and was marked by amazing editorial complications caused by constant corrections and reworking of the text, difficulties created by the author’s illness, more specifically eyesight, and by his impossible schedule — Proust slept all day and worked at night.

The process started in 1912. Proust was 42 and at last he had a novel, a finished novel, on his hands. This original novel was very different from the one we know and read. It was a two volume novel — the general title would have been Les Intermittences du Coeur, the first volume ‘le Temps Perdu,’ Time Lost, and the second one, ‘le Temps Retrouve,’ Time Regained. He first offered the manuscript to the N.R.F., a young and very literary publishing house which was going to be known later on by the name Gallimard.

The publishing house reader who reported on Proust’s manuscript rejected it outright. The big question is: did Andre Gide, the well-known (and soon to be Nobel Prize winning) writer who was the editor-in-chief at the time and made the final decisions, also read the manuscript and make the blunder of his life as an editor — or did he simply rely on his reader? Years later, he did take responsibility and apologized to Proust.

Proust turned to another publisher, Ollendorf, who also refused this very long book — more than fifteen hundred pages at the last presented in a very faulty and rudimentary typescript as did a third one, Fasquelle. Then a friend of Proust, Rene Blum, the brother of the great socialist political leader, Leon Blum, offered to present the novel to a fourth publisher, Bernard Grasset. This time, things worked out and a contract was signed in March 1913. The terms were extremely generous for Grasset. But for Proust at the time money was no issue.

Proust thought, quite reasonably, that shouldering the publication risk would hurry things along and he was in a rush. Hence, Proust was to pay for the ‘fabrication,’ that is the actual printing and correcting of the manuscript of the book and he took the extra step of abandoning to the publisher half of the royalties he might earn. He was convinced this was the best and perhaps the only way of making sure Grasset would make an effort to sell and promote the book.

So they started and the real problems appeared. To begin, Proust had no precise idea of the length of his book. He wrote on notebooks, the kind he used when he was at school, with a very complicated system of inserts. He had the manuscript typed but the typist could not always read his handwriting and got completely lost in the placement of the different additions so he or she (it was at first a he then a she that did the job) would leave blanks when in doubt. There were a lot of blanks. Both Grasset and Proust realized that the first volume was much too long (over 700 pages) to be bound, thus impossible to publish in that form. So the question of splitting the first volume in two arose immediately: at what point could it be broken up? Should he then publish three volumes or five shorter ones? These questions were not resolved on the spot. The only decision Proust and Grasset agreed on was to publish a first volume that would be around 500 pages.

A second problem was Proust’s technique of correcting proofs. His method was very personal. He treated the proofs as a first draft. He added on, substantially, using whatever had struck him during the interval between his actual writing and the publication. Of course, any addition entailed changes in the preceding passages so it actually was a new book that was sent back to the publisher.

Finally, Swann’s Way appeared in November of 1913 and Proust claimed he lost 60 pounds in the process. The novel was extremely well received: many enthusiastic articles, many interviews. But by December 1913 Proust was nowhere to be seen. He was barricaded in his apartment, devastated by a personal tragedy. His chauffeur, Alfred Agostinelli, whom he passionately adored, had left him suddenly and refused adamantly to come back. A few months later, in May 1914, the young man was killed in an airplane accident. Then three months later in August 1914, World War I broke out bringing, among other things, the publishing world to a stop.”

And finally, we talked about how the book has been received.

“The reception of the book has been very encouraging. A critic as literary and cultivated as Joseph Epstein has reviewed it very favorably, and bloggers who admittedly had not read Proust remarked how user-friendly my book was and seemed to be genuinely interested. Obviously, the more you know Proust, the more you get out of a book like mine, but I hope that it will bring new readers to this masterpiece.”

I hope so, too. The book, a beautiful little volume from Other Press, would make a great Christmas present for anyone even remotely literary on your gift list. I only wish it had been around when I was leading The Cork Lined Room. It’s a marvelous book.

DISCUSS: What Do You Want to Improve in Publishing in 2013?