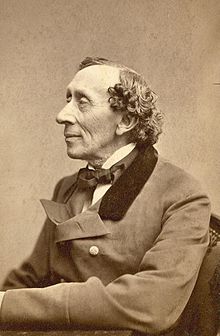 Danish historian Esben Brage may have found one of Hans Christian Andersen’s earliest fairy tales in a box in Denmark’s National Archives, the AP reports. The fairy tale, called “Tallow Candle,” was likely written while Andersen was still a teenager, and was dedicated to a widow who lived close to Andersen.

“I often get calls about stuff thought to have been of Andersen’s hand. Most of the time, it is not. This time I was thrilled,” said Ejnar Stig Askgaard, a senior curator of the Hans Christian Andersen Museum.

Added Askgaard: “This is a very early attempt at prose by Andersen, who was then eighteen.”

Andersen wrote over 150 fairy tales during his lifetime, including “The Princess and the Pea,” “The Emperor’s New Clothes,” and “The Little Mermaid,” along with less widely known novels, poems and journals. He was born in Odense, Denmark in 1805, and died in 1875.

Via The Associated Press