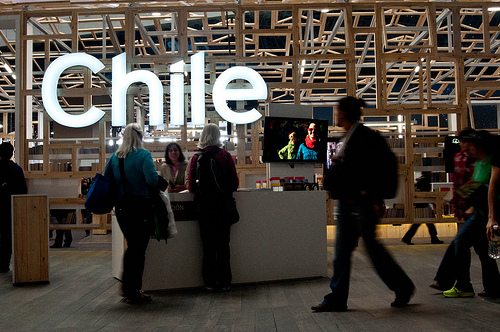 GUADALAJARA: Spain’s financial crisis and subsequent slump in book sales has led Spanish-language publishers to focus on Latin America, with agents also overlooking Spain and seeking to sell rights in the region. According to Javier Cortés Soriano, president of the Spanish Publishing Federation, Spain’s publishing industry will record a 10-15% drop in revenue for the third consecutive year, and, as a result, Spanish publishers are increasingly looking abroad in order to compensate for the loss in sales.

“Revenue for publishing firms in Spain has fallen by 30% since 2009, but the Mexican publishing industry hasn’t been badly affected. Over the last 10 years, the Mexican government, through the Education Ministry (SEP) and the National Council for Culture and the Arts (Conaculta), has followed an intensive book-purchasing strategy,” he said, which has pointed the way forward for publishers amid Spain’s meltdown.

“Spanish publishers are now turning their focus toward Latin America. For the last eight or nine years they have been focusing on Brazil, a market where they previously had no presence, and now they are seeing growth in Chile, Peru and Colombia,” he said. The publishing houses with the most aggressive strategies in the region are Planeta, Océano, Santillana and SM.

Spain’s lackluster publishing performance was tangible at this year’s Guadalajara International Book Fair (FIL), where there were 38 Spanish publishing houses present, in comparison with an average of 60 in recent years.

But with Chile as this year’s guest nation and a strong presence of distributors, libraries and universities, Cortés Soriano said he is confident that Spanish publishers were able to close significant deals.

He said that Mexican writers such as Jorge Volpi, José Emilio Pacheco and Carlos Fuentes are the most sought-after by Spanish publishers, the works of the latter experiencing strong demand due to the writer’s death earlier this year.

The FIL’s US representative David Unger pointed out that the crisis afflicting Spain, while lamentable, “is good for Mexico, in terms of it giving the market a boost.”

“Previously, many foreign rights for Spanish language editions were sold to Spain but, with a 40 or 50% drop in the number of books published there, literary agents selling rights are now coming to Mexico or Argentina directly instead of going to Spain, which is good news for us,” he said.

The number of meetings at the FIL, which involved literary agents from 25 countries, increased from 89 to 109 this year, he said. He also highlighted the fact that this year’s FIL included two stands from China and South Korea, and one from India, which is a first. Taiwan and Russia are expected to attend in 2013.

With Spain on the slide, is Latin America’s reading community is looking more and more attractive. Random House and Penguin teamed up just to consolidate their presence in Latin America (among other markets). But is this move mere opportunism, or sign of a larger trend toward a strengthening of relations with South America? And are the markets there robust enough to support the demands of conglomerate publishers whose shareholders clamor for double digit quarterly earnings growth?