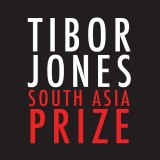 The shortlist for the 2013 Tibor Jones South Asia Prize and the longlist for the International Prize for Arabic Fiction were announced today. The six candidates for the Tibor Jones South Asia Prize are Girl in White Cotton by Avni Doshi, Third Person Singular by Ayesha Heble, Anatomy of Self by Devdan Chaudhuri, Ashes, Wine and Dust by Kanza Javed, Lovers Like You and I by Minakshi Thakur, and Sanjay Lafont’s Arjun.

The winner will be decided by a five-judge panel made up of writer Urvashi Butalia, Jon Cook, Professor of Literature at the University of East Anglia, critic and Random House India editor Faiza Sultan Khan, playwright and novelist Anosh Irani and Neel Mukherjee, a critic and author based in London. The prize will be announced on January 10, 2013 as part of the Apeejay Kolkata Literary Festival. The longlist for the International Prize for Arabic fiction contains sixteen novels from nine different countries. The winner of the 2012 prize, Kuwait’s Rabee Jaber, is once again in contention, along with other formerly shortlisted authors such as Waciny Laredj, Ibrahim Nasrallah and Muhsin al-Ramly.

The names of this year’s panel of judges will be announced on January 9, along with the 2013 shortlist. This is the sixth year of the prize.