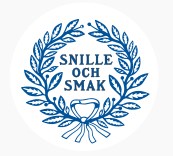 Bad behavior and seemingly lapses in judgement in awarding various Nobel Prizes over the years are diminishing the Swedish Academy’s standing. The logo of the Swedish Academy translates to "talent and taste"...hmmm

The Swedish Academy, which annually judges and awards the Nobel Prize for Literature, has recently been embroiled in controversy over a feud between an Academy member and a Chinese translator.

According to Swedish newspaper The Local, the feud began after Academy member Göran Malmqvist criticized Chinese poet Li Li’s translation of a Swedish poem, in which Li swapped the word “chanterelle” — a type of mushroom — for “caramel.”

Shortly after the criticism, Li posted on his blog a poem about a young woman married to a much older man, at turns comparing the woman to a whore and the old man to a toad.

Malmqvist, who is 88 years old and has a wife over 40 years younger than himself, took exception, believing that the poem was a personal attack.

Then, in an email conversation eventually made public by a Swedish tabloid, Malmqvist told Per Wästberg, a fellow academy member, that he would “annihilate [Li], like you crush a louse with your thumbnail.”

Reportedly, Wästberg then gave Malmqvist his blessing to go after Li.

Li told Aftonbladet — the tabloid that published Malmqvist’s emails — that the poem was not an attack on the Swedish Academy member but a take on a larger phenomenon in China: “This is a hot topic in China. Rich old men who have several young women.”

“I am shocked and feel threatened,” Li added. “This damages the Swedish Academy’s reputation in China. I’ve spoken to many Chinese colleagues and everyone is upset about how they are behaving.”

It’s a great story, but are you surprised. With the past controversial statements from members of the Swedish Academy — notably about the suggested insularity of American literature — and various lapses in judgement in awarding various Nobel Prizes over the years is the institution losing credibility?