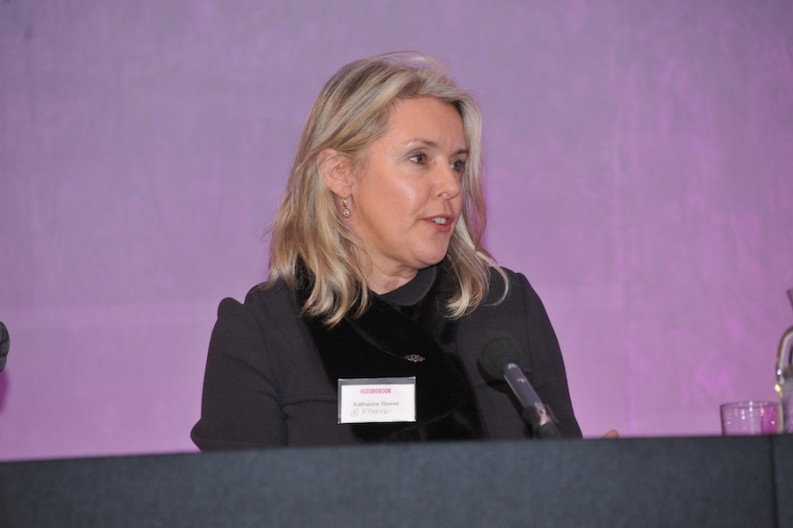 Over 600 people flocked to the FutureBook 2012 Conference at the Queen Elizabeth II Conference Centre in London on Monday morning, making it the The Bookseller’s biggest conference yet. And people had come from all over the UK it seemed, with one publisher travelling all the way up from Wales to hear the latest news and views on the future of the publishing industry. Mike Serbinis, CEO of Kobo kicked off the day with some impressive stats about the company’s global expansion. It’s hard to believe Kobo launched just three years ago and yet he revealed a staggering 600% year on year sales growth in the UK and a 400% growth in ebook downloads. With plans to expand even further in 2013, into Eastern Europe, India and China, and their partnership with the Rakuten Group — the largest ecommerce company in Japan — it looks like Kobo is a serious competitor to the bigger, brand-name global players.

Listen to Your Customers

One of the key messages of the day was how publishers all need to listen to what their customers want, and this was central to keynote presentation given by Dominic Rowell, MD of Lonely Planet. His company has connected directly with its vast, international customer base via a survey, so that they now know exactly what their followers like and how they can improve their products.  Anna Rafferty, MD of Penguin Digital, stressed how important it now is to use the consumer data taken from the conversations her colleagues are now having with their readers and she revealed how targeted email marketing to repeat shoppers is still the most effective tool currently being employed. Two sessions particularly stood out for me. The first was entitled “Pricing Strategies and Experiments” where the concept of value perception was central to the morning debate. If an ebook is priced at 99p, or is given away for free, how does the consumer value that book? Will they even read it? Or if they start reading it, will they finish it? Michael Tamblyn from Kobo explained how the key challenge nowadays is how to change “freegans” (people who never pay for their ebooks) into “paygans” (people who are willing to put their hands in their pockets). But he said that in his opinion to go down the Spotify route (where subscribers pay a small fixed monthly charge to download as many songs as they like) was not the way to go for books.

The second session which got me really thinking was one called “The future editorial product” when Katharine Reeve, head of MA Publishing at Bath Spa University, asked whether publishers needed to create a special new role in their editorial departments which would allow editors to really come up with some creative, innovative ideas for reaching their readers. Maybe even creating special teams around particular lists or authors. She said she so often hears from editors who say they simply don’t have the time now to think or experiment with ideas, and suggested that a series of away-days for editors (taking them away from the clutter of the office and into a creative environment) would be a new way of breaking the mould. She also suggested that plugging into the student market, where there is a younger generation thinking about books in a totally different way, would provide a great opportunity for publishers to tap into. Author, industry commentator, and panel Chair for this session Nick Harkaway also suggested that editors need to work with people who bring value to their products. So, for example, it would be far better to pay more to get a really good actor to read their new audiobook as customers are far more likely to buy if they know the “name” associated with the book.

Academia, Crowdsourcing and Ebooks for Train Riders in Italy

Plenty of food for thought elsewhere with discussions on how to transform the academic market (where Ziyad Marar of Sage suggested that by 2020 as much as 55% of the market would be comprised of whole course solutions, provided partially by academic institutions themselves), and what the publisher of the future might look like (with Rebecca Smart from the Osprey Group revealing that some of their most successful projects are coming from “crowdsourced commissioning,” where consumers are deciding what books are to be published rather than the editors). Plus a session on what’s happening on the international scene, including an exciting and exclusive presentation from Marcello Vena, director of digital products at RCS Libri, who told the audience about a new discoverability project which hasn’t even been announced in Italy yet involving a partnership with NTV. Rail travelers between key Italian cities will be able to access ebooks (no downloading involved, so no one will run off with the data for free) via onboard screens, personal phones or tablets.

So lots to take away from this year’s FutureBook. Strong messaging from all the speakers with specific focus on pricing, partnerships outside the industry, thinking outside the box, collecting and analysing data, and engaging with readers. However, as I left the conference centre, the question I asked myself was, apart from the big publishers, who has the resources to do all this?