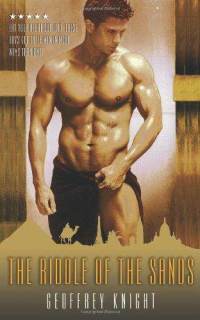 In the spring of 2010, Brian Alexander (America Unzipped: In Search of Sex and Satisfaction and co-author The Chemistry Between Us: Love, Sex, and the Science of Attraction) wrote for MSNBC.com that the erotica market was booming and helping keep the struggling publishing industry afloat. He specifically noted the hundreds of thousands of books sold by urban erotica author Noire, a writer who was then published by One World/Ballantine, as well as the fact that San Francisco’s Cleis Press, a publisher of erotica, had seen it sales increase by more than 56% over the past three years.

Erotica is Big, but is the Boom Already in the Past?

According to bestselling author Beth Kery, “women are becoming freer about expressing their sexuality” Readers and the Industry Are Now More Confident “When I first published the Sleeping Beauty trilogy,” Anne Rice said, “feminism was not all that kind to S&M erotica. It was passionately concerned with political correctness, and with gaining respect for the liberated woman. Only my gay readers were eager to celebrate the Beauty trilogy in reviews and articles. For them the sexual revolution was still going on. And I understood that, but it wasn’t a great time to be selling these books. Now we’ve seen a generation of fully empowered and emancipated women, and they have no hesitation about declaring their love of S&M fantasy…And that is a marvelous development.”

New York Times bestselling InterMix/Penguin author Beth Kery (Because You Are Mine) also believes “that women are becoming freer about expressing their sexuality, and even more comfortable in exploring issues of dominance and submission — in the bedroom or in the privacy of their own mind, not in everyday life necessarily. There is a difference. It seems that one of the unexpected results to women’s liberation is that women now have to do everything — work, take care of the children, manage social and family schedules. They also were told to be vigilant about not being seen or used as a sex object. As women become more confident in the sexuality, those old strictures of right or wrong fade away, and they are freer to play a little — discover what does or doesn’t work for them based on their individual needs, not society’s.” “It is also my hope that more people step outside their comfort zone and read something outside the norm,” says author Pat Tucker. Bussel also noted that she believes Fifty’s success was due in part to its understated cover. Indeed, that’s something that everyone from publishers to author noted. And Douglas, for one, loves the change. “I had readers who said they really wanted to read my books but didn’t want those sexy covers where the kids could see them…Plus, a large number of booksellers complained to me that they couldn’t display the books where children might see them.”

However, LaFehr, Douglas’ own editorial director, sees these understated covers as a trend that won’t last. When all the covers start to look alike again, LaFehr stated, publishers will look for something new.

While Barnes & Noble is still devoting significant — though significantly reduced — display space to Fifty Shades of Grey, as well as giving prominent space to Sylvia Day’s Crossfire series, independent booksellers such as Jeremy Ellis with Brazos Bookstore in Houston, Texas, and Kathy Patrick, owner of Beauty and the Book in Jefferson, Texas (as well as founder of the 500 chapter Pulpwood Queen’s Book Club) both say that Fifty Shades of Grey is no longer selling at their stores and, try as they might, they can’t entice their shoppers into buying and reading any other erotica.

That’s a shame, according to Zane Presents/Strebor Books writer Pat Tucker (Daddy’s Maybe). “I believe that shining a light on issues considered taboo by [the] mainstream helps to foster a greater understanding across the board. And while I still believe that everything isn’t for everyone, I think all readers can benefit from more of an open mind. It is also my hope that more people step outside their comfort zone and read something outside the norm.”

Suzy Spencer is the author of several bestselling true crime novels and Secret Sex Lives: A Year on the Fringes of American Sexuality, recently published by Penguin.

SURVEY: Has the Erotica Phenomenon Flamed Out?