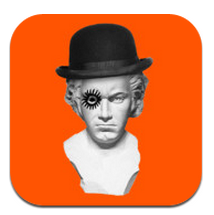 “Publishers still can’t quite work out what to do with the form, caught as it is somewhere between a book and a video game.” LONDON: Click on the link on an iPad and you will be disappointed to learn that that Katharine Norman’s 2012 New Media Writing Prize-winning multimedia poem “Window” doesn’t actually work on an iPad or mobile device. A musician and former academic, Norman explores the meaning of place through photographs and sound recordings from the same window over the course of the year. It is dedicated to the memory of John Cage.

The New Media Writing Prize, now in its third year, was founded by Bournemouth University senior lecturer Jim Pope in order to raise awareness of a form that dates back more than 20 years to the hypertext novel called “afternoon, a story,” released on a floppy disk by the pioneering Eastgate Systems. The form has since evolved to incorporate images, text and sound in works such as novelist Kate Pullinger’s and Chris Joseph’s influential “Inanimate Alice,” an online children’s story that has even made it on to the curriculum in Australia and the USA. Bournemouth is a highly regarded media arts university on the UK’s south coast.

“…there has to be the possibility of a return on our investment and that it will be editorially viable.”

Switch to a desktop, click to download even the low-res version of “Window” and the rather disheartening warning “this may take some time” pops up. Norman’s work takes so long to download on my everyday broadband that I actually give up. Click on links to the rest of the shortlisted works and a similar story is repeated.

The technological barriers that prevent my consumption of the five works are emblematic of the prize itself, whose award ceremony is held in the suitably futuristic concrete and glass of the university’s campus, a two-hour rail journey from London, one of the publishing capitals of the world. It is even reflected in the choice of an unashamedly challenging work as the 2012 Prize Winner, a long way from the world of commercial publishers that the Prize also wants recognition from, as is the self-funded or institutionally funded nature of most of the entries.

“Biggest Year Yet” for the New Media Prize

Despite this paradox, for Jim Pope this was the “biggest year yet” with more than 100 entries (up from 60 in 2010), and 700 online votes for the People’s Choice winner, Kristi Barnett’s “Hurst,” a more popularist and genuinely disturbing Blair Witch-esque story of sinister happenings in a Bronze Age woodland told through Twitter.

“It is the only event of its kind of the world to give new media writing a public platform,” Pope says. “As a result we are getting entries from all the pioneers in the field as well as new writers.

“The best writers do get interest from publishers.”

Although Pope concedes that despite being around for more than 20 years “publishers still can’t quite work out what to do with the form, caught as it is somewhere between a book and a video game.” Digital writer/artist Andy Campbell is more bullish, as “one of the fantastic things about the New Media Writing Prize is that it celebrates and shouts about the pioneering writers who are slowly building this secret world of literature, often on their own, using skills they’ve developed themselves, in free time and with no financial backing, whether that means ‘getting your hands dirty’ with the actual code or not.” Campbell’s is the founder of the website Dreaming Methods, a showcase of electronic literature that, according to Jim Pope, has been “particularly influential” thanks to its large number of original, highly visual interactive pieces. He is now lead developer for “Inanimate Alice” as well.

However, Campbell warns that while the widespread popularity of tablet devices such as the iPad has contributed heavily to the rise in interest in the form, the continued use of Flash (a format not supported by Apple products) by many new media writers has made it difficult for the newly curious to see their current work and their back catalogue too. Writers are also facing “super-tough competition,” as by developing for app stores they now have to compete directly with films, music, apps and ebooks, as well as with commercial publisher-backed projects. After all Six to Start’s “Zombies, Run!” could also be a future of storytelling.

Too Experimental to Be Commercially Viable

“…a new writer in a new form is too big a risk, and we are not helping new writers by underselling the dangers”

Such competition is especially damaging, Campbell believes, because new media writing is “even now too experimental and risky to be commercially viable.” While Dreaming Methods brings in money through running workshops and selling source code, it has never had any dedicated financial backing.

According to Campbell, this is a massive constraint, as “new work is being developed in people’s spare time, which slows down progress and is highly frustrating. I often wonder what sort of work we’d be putting out there if we did have a proper budget and dedicated time, or if a publisher decided to take a real risk and commission us (we’ve been close to that point, several times, but it’s never happened).”

For Dan Franklin, digital editor at Random House, who spoke at last year’s awards, “now that the wider publishing industry has gone through a digital transformation, it is moving towards new media writers’ way of thinking.”

“My interest is to see what elements can be taken and broken out to a mainstream audience,” he adds.

“We are in a good position to take advantage of smartphones and tablets to tell tales as the audience now understand the technology,” Franklin believes. “However, there has to be the possibility of a return on our investment and that it will be editorially viable. My concern is that as a lot of these projects are funded by grants and academic bodies the question is how self-sustaining they are.” This fear can, he says, lead to a sense of “creative conservatism” in the publishers who are taking on the risk. “So that publishers are using Shakespeare, other material that is out of copyright or where the author is dead because it makes rights clearer and gives the publishers more flexibility — even creativity — in adapting it.” The recent A Clockwork Orange iPad app is an example of this.

However, “it has remained a marginal activity for a mainstream audience as a sea change hasn’t yet occurred in storytelling in an interactive way.”

In the end, he believes, “if the publishers see that there is a demand, they will become bolder”, not least in trying out new business models such as “the fee-to-play gaming model, which is now the one that is being explored.”

Moving Beyond the Mere Ebook

At Faber, Henry Volans, head of digital publishing, is firmly of the opinion that as “the ebook has become very important very quickly there is an assumption of ‘job done’ — but that is isn’t the sum total of where you can get to with digital writing…We are convinced that there are more interesting channels that are waiting to be explored.”

Faber is publishing Ian Paisley’s new novel first as an app that he coded himself “not because the iPad is nice and shiny but because it is allowing him to tell the story the way he wanted to but couldn’t 20 years ago.” The hardback and paperback will be published, “but not for some months,” as it is digital “that is the main event.” Faber’s latest project is a collaboration with Scottish interactive content developer The Story Mechanics to produce and distribute a digital adaptation of John Buchan’s classic thriller The Thirty-Nine Steps. While Faber and Faber will be distributing the book via App Store — this is Faber’s first dedicated Apple-centric project — it has two other distribution partners: Avanquest (PC retail) and KISS Ltd (PC digital). The release date set for 15th March 2013.

Volans agrees that “there seems to be a massive glut of safe-turf, out-of-copyright material out there…So a new writer in a new form is too big a risk, and we are not helping new writers by underselling the dangers,” he believes.

In the end says Campbell “I really hope in the future, the Prize gains profile, attracts more supporters, continues to celebrate individual writers in the field, and perhaps (I can dare to dream) instigates ground-breaking collaborative projects between publishers and NM writers.”

Now that would be a future worth celebrating.

SURVEY: Have You Ever Bought and Read a Transmedia Book?