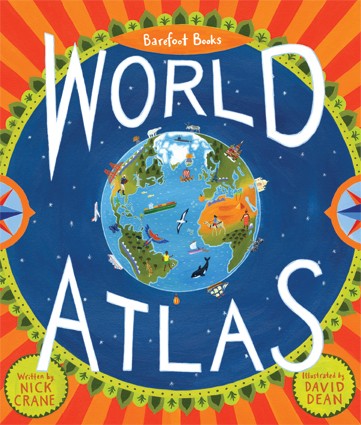 “You’ve got to enjoy the process and the journey. It was a business venture and now it’s a way of life,” says Barefoot Books co-founder Nancy Traversy.

Started in 1992 by two young mothers, Nancy Traversy and Tessa Strickland, Barefoot Books has made a name for itself as an independent publisher specializing in books, gifts and digital content designed to help children become engaged members of the global community. As Traversy, Co-founder and CEO said in an interview, “We felt there was a dearth of books on a very basic level of very beautiful books for children. We also thought there weren’t a lot of books that interested children into other cultures. I was a Canadian living in London and was fascinated with world cultures, and was interested in introducing children into other cultures — myths and legends in other parts of the world.”

In its earliest years, Barefoot published books in England with revenues coming from rights sold throughout the world. But in 1998, the decision was made to establish a base in the US: the feeling being that there was more of an appreciation and market there for what Barefoot was trying to do. “It was like starting over,” said Traversy. For the next three years, she made transatlantic commutes every three weeks, but by 2000, with four children under the age of seven, Nancy finally made the move to Massachusetts with the goal of growing Barefoot as a global company.

It wasn’t always easy. In 2001, Barefoot’s UK distributor went bankrupt, costing the company hundreds of thousands of dollars, just as Barefoot was preparing to move its offices, launch a new website and open its first flagship store in Cambridge, MA, But since then, the company has moved from strength to strength: the company stopped selling to chain stores (making it one of a handful of publishing houses on which the closing of Borders had no impact) while at the same time turning its focus directly to consumers. Barefoot Books now sells it books to schools, libraries, independent bookstores, and gift and museum shops, as well as through its own global network of more than 6,000 Barefoot Books Ambassadors. This is a diverse community of parents, grandparents, teachers, librarians, artists and storytellers, who run their own home-based businesses, selling Barefoot Books at farmer’s markets, school fairs, fundraisers, festivals, home events and online. For Traversy, it’s a way of doing business that goes back to the company’s original mission. “We’ve come full circle to our grass roots. We lost our way a couple of times, got too big with traditional management teams who took the business into the conventional, and we started losing sight of how we started. We wanted to make great books for our kids, and now we’re empowering other women with kids who can sell our books in their own communities. I realize that when I’ve made mistakes, it was when I lost sight of what we were trying to do. It’s about relationship building and creating amazing art and stories.”

For Traversy, looking back at twenty years in business, at over 500 titles published, the biggest surprise was just how hard it all was. “I have a fundamental belief that the books we create and the properties we create and the values we advocate are important — the challenge is how do we reach our audience? Everything is moving so fast. People say books are going to disappear, but I think children’s books will be the last ones standing. It takes so long to build up the community you hope to be, and you hope that you’ve made the right choices, and I think, with the choices we’ve taken with brand building and community building and social networking that it’s kept us in good stead. What surprised me is that it doesn’t happen easily—none of it does. For example, I’m sure that the big boys don’t know the answers about digital in kids’ books and neither do I.”

In fact, it was only this year that Barefoot sold its first digital title. “We decided our books are very beautiful things,” said Traversy, “so the idea of going digital didn’t seem right. But we were publishing a world atlas, which is such a Barefoot thing to do, and decided that this should be an app so that we can take it to a family in digital form. We launched it in March, and on August 2, we released a new version for iPhone, iPad, and iTouch, and we’ve got German and French and Japanese and Russian versions in the works. I see a lot of potential in building on that, in stories from around the world—the question for us is that it’s hard to know in which ways to go. We have a very real physically passionate community that’s very grassroots—and we have a digital world that’s very far from that. The challenge is how do we bring them together?” And bringing people together is, ultimately, what Barefoot Books is all about. “Our vision,” Traversy says, “is to create a global community of people who share the same values we do about the importance of imagination and diversity in people’s lives and who are connected.” One place in which that happens is at Barefoot Book’s studios—one in Oxford, England, the other in Concord, Massachusetts. “It’s there that we not only showcase our products but we testmarket. We show manuscripts to our customers and get their feedback during the product development process. These studios are where we do African drumming, yoga, Mexican mask making – it’s about bringing families together. It’s a way of getting back to books and telling stories in communities. I think we’re desperate for that.”

Traversy’s bottom line: “My benchmark of success when we started was financial, and now twenty years later it’s about the creation and the process and the people we meet and the authors and illustrators and storytellers and the people who are selling Barefoot in their communities. You’ve got to enjoy the process and the journey. It’s not really the means to an end. I didn’t know that when I started—it was a business venture and now it’s a way of life.”