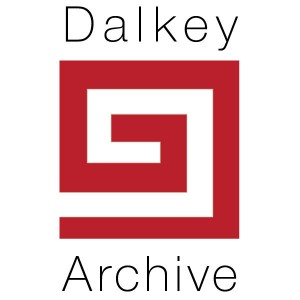 Dalkey Archive Press has begun the process of succession from the founder and current publisher, John O’ Brien, to a publishing house that will be directed by two-three people along with support staff. With the recent decision to expand our London office and make London the base of European operations, the Press seeks to develop its staff there. Who will take on leadership positions at the Press over the next few years will be the result of this transitional process. The pool of candidates for positions will be primarily derived from unpaid interns in the first phase of this process, although one or two people may be appointed with short-term paid contracts.

Sound enticing? It gets even better:

Any of the following will be grounds for immediate dismissal during the probationary period: coming in late or leaving early without prior permission; being unavailable at night or on the weekends; failing to meet any goals; giving unsolicited advice about how to run things; taking personal phone calls during work hours; gossiping; misusing company property, including surfing the internet while at work; submission of poorly written materials; creating an atmosphere of complaint or argument; failing to respond to emails in a timely way; not showing an interest in other aspects of publishing beyond editorial; making repeated mistakes; violating company policies. DO NOT APPLY if you have a work history containing any of the above.

I guess that counts me out.

But how real is the job posting? In an article in the Irish Times, author Laurence Makin shares emails from O’Brien, who claims that the posting was written in the satiric spirit of Irish literature: that of Jonathan Swift, Flann O’Brien, and James Joyce.

The advertisement was a modest proposal. Serious and not-serious at one and the same time. I’ve been swamped with emails (I wish they’d stop: I’ve work to do), and with job applications. I certainly have been called an ‘asshole’ before, but not as many times within a 24-hour period.

Strangely, no one (except the applicants) seem to have noticed that jobs are being offered: when does this happen with internships? In brief, I take internships very seriously, and take on only people I think might be a future employee. Since coming to Ireland, I’ve seen so many applications to Dalkey in which CVs list upwards of six internships, which tend to smack of ‘we looked, we evaluated, and didn’t think the person was good enough to keep’. And my 25 years of experience with interns has been very mixed: the most common problem being that they aren’t prepared, don’t know what to expect, hope that a job might be at the end of the rainbow, and yet don’t have a clue as to what an employer is looking for. Employers wind up frustrated that they put in so much time, and the interns wonder why a job wasn’t forthcoming.

Employers do not offer internships out of the goodness of their heart (well, perhaps some due); they want the internships to be the grounds on which people prove themselves. And yet they are strange situations: interns aren’t employees; they don’t quite fit into a well-defined category at the company; they have to do something worthwhile for the company or why else have them around; but, at the same time, they don’t have much to offer because they don’t have the knowledge or experience to do very much.

So, the tongue-in-cheek advertisement was a call to apply for the internships (and the two possible positions) if you’re going to be serious and are ready; if not, then let’s not waste each other’s time. Usually this is couched in the sanitised language of ‘must be deadline-oriented, well-organised, ambitious’, etc. But as I think we’ve known for a long time, the age of irony is dead, and I’m a fossil.

Read Dalkey’s complete job posting and decide for yourself if this is satire or not.