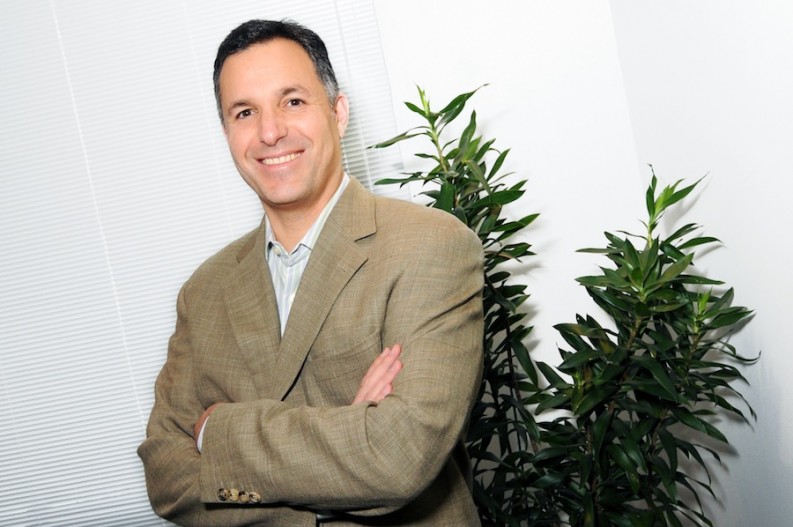 Amazon’s David Naggar, author Paolo Coelho, and others go behind the scenes of Amazon’s Kindle Store launch in Brazil this week. “Tall and tan and young and lovely, the girl from Ipanema goes walking / And when she passes, each one she passes goes…aaaaaah.”

The works of the poet who wrote the original Portuguese lyrics for the most famous Brazilian song, “The Girl From Ipanema,” are now available as ebooks in Brazil, and not thanks to a publisher. It was Amazon that brought Vinicius de Moraes’ four Portuguese titles to digital life, as they launched their ebookstore just after midnight, Thursday morning. The books are exclusive to Amazon, as is a title from Paulo Coelho, O Livro dos Manuais, which is being sold at a discounted price of just $1.41 in US dollars, as well as the ebook editions Jeff Kinney’s Diary of a Wimpy Kid series.

Of the books on PublishNews Brazil’s list of top 100 bestselling titles, Amazon offers 64 in digital format.

At the start of the week, the Brazilian publishing community knew one thing for certain. Kobo was launching. After all, Kobo sent out invitations for a cocktail party to celebrate the launch to be held in the flagship store of their retail bookselling partner Livraria Cultura. People were weary of rumors from Amazon and Google that they would “launch soon,” and this event would give them an excuse to celebrate, even if it was only half a party, so to speak.

As it would happen — and to everyone’s surprise — the trio of companies launched their products and ebookstores just hours apart. Amazon was scheduled to launch a few hours into Thursday, but when they realized Google Play was online with a selection of books shortly before midnight on Wednesday, they went into overdrive and launched 35 minutes later.

Amazon is not selling Kindles in Brazil yet, but are promising their plain vanilla WiFi Kindle (no touch screen, no keyboard) to be on sale “in the next few weeks.” It will be priced at R$299 (or US$141) — significantly higher than $69 it is sold for in the US, and a result of Brazil’s high taxes on imported goods. But that first device is just the start. “We want to have all the devices here in Brazil,” said David Naggar, VP of Kindle Content at Amazon. “We think that at 229 reais the ereader is a very good proposition. We look to break even on the device, so we can get people buying content. We hope we will sell millions of Kindles here.”

Naggar declined to comment on the possibility of selling the devices through other retail channels, but if his goal is to sell “millions” of devices, Amazon has no option but to negotiate with bricks and mortar retailers to stock them (something that we know is already under way). Paulo Coelho didn't know he had a special deal with Amazon, but it was something his agent arranged on his behalf.

Paulo Coelho, the bestselling Brazilian author is sanguine about the arrival of these international e-capitalists. “This is not just a positive, but inevitable thing,” said Coelho. “Brazil resisted for the time it could, since the publishers felt it like a threat, but the digital platform is a great help for writers and authors,” he continued. Coelho retains his digital rights to several titles in Portuguese, as well as their Spanish, German and French editions. “I launched the books independently because I wanted to give world readers access to my books in these languages,” he explained. And despite what one might expect, Coelho remains confident and convinced in the value of a professional publisher’s role. “I believe in the editorial system and business. The publisher is core; if the author starts to self-publish, he will stop being a writer and become something else. It is a penny wise-pound fool situation.”

The Digital Market: An Overview

In terms of catalogues, the Brazilian market now looks like this: Saraiva, Google and Amazon have all around 13,000 Portuguese ebook titles for sale, while Kobo/Cultura has some 8,000. But there are differences in the catalogues between the competitors. For instance, after so many rumors of Amazon buying out Saraiva’s brick and mortar bookstores or ecommerce, it turned out there was no agreement between Saraiva and Amazon even to offer the 2,500 ebooks from Saraiva’s publishing division in the Kindle store. Nor did Google have a deal with Saraiva and offers none of their titles; Kobo, on the other hand, offers several of Saraiva’s books. Another difference relates to Portuguese-Brazilian publisher LeYa. Google is offering 1,000 of its titles as of Thursday, while Amazon had just 100 — and these titles are editions originally licensed from Portugal.

Publishers are also pleased about the arrival of the big digital moment. “We are happy with their arrival,” said Sevani Matos, director at Vergara & Riba Brazil (V&R), publisher of the Wimpy Kid series, “It will be interesting to see how [Amazon] do their marketing campaign and if they can persuade Brazilians to actually buy the Kindle, and we publishers do not just end up depending on consumers who go abroad and bring back back the device.”

V&R was one of the first publishers to enter into negotiations with Amazon in Brazil, in the first quarter of 2012. Other publishers waited until the last minute to close a deal with the retailer, as was the case of the giant editorial group Ediouro, who only confirmed their deal on Wednesday afternoon.

In total, 90 publishers have closed deals to be sold by Amazon. Digital book distributors, such as the giant consortium DLD and the pioneering Xeriph, are also on board. Xeriph has 1,500 ebooks available on Amazon, and waits the approval of other publishers to start selling another 1,500 titles — as of Thursday evening, 77 of their distribution clients had already agreed.

KDP Comes with the Package, Quibbling about Prices

Amazon also inaugurated its self publishing platform ,Kindle Direct Publishing (KDP) at the same time as it launched its Kindle store. Brazilian independent authors will receive a 35% royalty for their self published ebooks. Independent authors who opt to sell their titles exclusively on Kindle, through the KDP Select service, and receive 70% in royalties. “KDP has been key in every country we have got into,” said Naggar. “What it does is that it allows for any content owner to have their book in our bookstore right beside a bestseller.”

On the price of the ebooks, the Twitterverse and social media networks are already seeing some people complaining about the ebook prices, disappointed that they aren’t cheaper. Naggar reflection on the complaints might very well be seen as a message to the publishers: “There are two things that don’t make sense for the customer: first, when an ebook is not available when the print book is available. The second one is when the digital book is more expensive or even the same price as print.”

Only B&N is Missing

Now that Kobo, Google and Amazon are all selling ebooks in Brazil, and that Apple opened a window in their US store for Brazilians to buy content (albeit in US dollars), the only missing person at the party is Barnes & Noble. And perhaps, they should move fast, since they already have at least one big fan in the Brazilian publishing community: Paulo Coelho. That is right. The author of The Alchmist prefers to read on his Nook when traveling. His reason, however, is very practical: “Since I live in continental Europe and I cannot buy Nook titles here, I was given a US$600 credit to acquire books and I haven’t used it all yet.”

As anyone can see, the price really makes a difference when it comes to choosing your device.