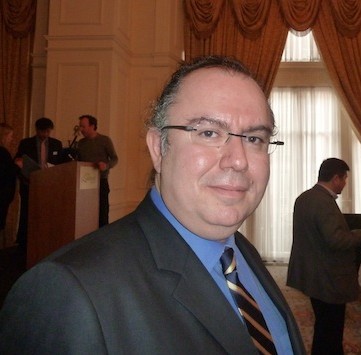 Korea, Indonesia and Turkey are well positioned to take advantage of the growing interest from Western publishers.

Last week’s International Conference held by the UK Publishers Association in London looked at “New Territories, New Audiences,” with a particular focus on the trio of Korea, Indonesia and Turkey. A beaming Eric Yang, CEO of Random House Korea (now RH Korea) and incoming President of the Asia Pacific Publishers Association, said he couldn’t guarantee the singer PSY at the London Book Fair in 2014, where Korea will be Market Focus, “but we will be bringing ten Korean authors, as well as new technology developments from Samsung and LG.”

If he couldn’t promise PSY, he did talk about PCIPA, the Publishing Culture Industry Promotion Act — and they are both, in their own way, about the street. The Korean Publishing Association, of which Yang is Executive Director, is concerned about the decline in the number of bookshops — down from 2,042 in 2007 to 1,450 this year — and has proposed an amendment to the Act that will see a return of retail price maintenance to protect the bricks-and-mortar stores in front of which PSY and his countless YouTube imitators might well be seen performing their world-famous Gangnam Style dance.

If PSY is a good ambassador for Korea, Anna Rimba Phoa, MD of online booksellers Mentari Books, based in Jakarta, did a very good job for Indonesia. Making her first international speech, she whistled through an overview of her vast country’s publishing scene — 1,009 publishers, 15,000 titles per year, 520 active bookshops, 14 annual book fairs — and said: “There is a good market for international publishers in private schools and in the state schools following the Cambridge curriculum. English language learning has flourished in the last ten years, and the government has pledged $3.3bn for education, which is 20% of our total GDP.” This kind of government support was a notable theme in the conference, not least in Turkey where the Fatih project, which seeks to give some 17 million school children a tablet over the next five years, was described by Tan Caglyan of Caglayan Bookstore in Istanbul, as “the biggest educational project in the world. The government is putting $8.5bn behind this — this is our future and it will change our country. We need it because the levels of English are so low.”

Which lucky companies will win these contracts? “Samsung provided 12,500 tablets in 2011 and will provide a further 40 to 50,000 this year. There is a battle between Windows and Google on operating systems.” Two Turkish companies — Arcelik or Vestel — are likely to manufacture the tablets.

While the slides of stores like Robinson Crusoe in Istanbul looked impressive, Mehmet Inhan, CEO of Idefix, Turkey’s largest online bookstore, said that distribution problems held the industry back. “Distributors are usually started by publishers who have the tendency to push their own books, so there is a demand for independent distribution. We are held back by low information technology usuage. There are no up-to-date catalogue databases and no computer automation. Orders are still mostly placed by fax.”

But in part thanks to the Fatih project, digital awareness will grow, he believes, and in 2010 Inhan launched the country’s first ebookstore under idefix.com.tr. He followed this with prefix .com.tr, Turkey’s first B2B wholesale ecommerce platform, aimed at improving distribution of print titles to booksellers, especially to remote Anatolia.

International is Key, Especially for UK

Nick Baird, Chief Executive of UK Trade and Investment, noted that there was no growth at home at the moment, “so we need to look internationally,” and throughout the day there was much talk of power — both economic and political — shifting towards the east.  “Western Europe, Japan and the US are all weak,” Baird said. “So we need to perform better in emerging markets. Our target for the UK is 40% GDP from exports involving the arts, of which your industry is a part. At the moment it is 30%. There is a huge thirst for education in the emerging markets and we have a massive advantage because of the English language, which is still the international language, the language of business.

“Publishing is one of the most creative and innovative parts of the UK economy, and the creative sector as a whole is worth £4 billion to the UK economy.”

Which was a positive pat on the back for the UK publishers listening, although one commented: “It’s not so much that emerging markets will save us — it’s more a case that this is a long, slow process that may eventually come good.”

Which was positive too, albeit in a more tempered way.

DISCUSS: Bribery and the Ethics of Publishing in the Developing World