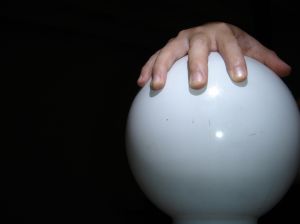 As Publishing Perspectives prepares for its YA: What’s Next? Conference, to be held this Wednesday in NYC, we spoke with two of the participants to get a taste of what you can expect to hear. First is Stacy Lellos, Vice President of Marketing and Multi-Platform Publishing for Scholastic Trade. She and her team have created national campaigns for many bestselling and award-winning books and series including The Hunger Games trilogy by Suzanne Collins; the Harry Potter books by J.K. Rowling; and the groundbreaking multiplatform series The 39 Clues, among many others.

We asked Stacy, “What do you see as the biggest challenge facing publishers trying to reach the YA market today?”

“I believe the biggest challenge facing publishers today in trying to reach the YA market is that teens, just like adults, are uniquely individual with varied tastes and interests and a one-size-fits-all approach will very rarely be successful. I believe it’s all about discoverability and taking the time to develop the strategy for each book to find its just right audience.”

Aimee Friedman is an Executive Editor at Scholastic, where she has worked for over eleven years. She primarily acquires and edits commercial YA fiction and middle-grade fiction geared toward girls. Some of her recent projects include Skinny by Donna Cooner, which was featured on the Editors’ Buzz Panel at BEA and profiled on NPR.com, and Clarity by Kim Harrington, which was an ALA Quick Pick for Reluctant Readers. Aimee is also a New York Times bestselling author of several YA novels, including South Beach and Sea Change, and she writes for middle-grade readers under the name Ruth Ames. A native of New York City, Aimee graduated Phi Beta Kappa from Vassar College, and she now lives, works, and writes in Manhattan, in an apartment full of books and too many shoes.

We asked Aimee, “What do you see as the biggest challenge facing publishers trying to reach the YA market today?”

“The lines between YA and adult have definitely begun to blur in the past five years, with the term ‘crossover’ coming up regularly in conversations about YA novels. The first Twilight film came out in 2008, and the massive audience was comprised of nearly as many adult women as teen girls. Of course, by now it’s a well-known fact that the hugely successful Fifty Shades of Grey began as Twilight fan-fiction, which sort of perfectly showcases the power of the crossover. And Twilight was just the beginning. The Hunger Games is a new benchmark for this kind of crossover success, and with the surge of e-readers, more and more adult fans are seeking out the work of Maggie Stiefvater, Amanda Hocking, Veronica Roth, and many more.”

It’s a conference you won’t want to miss. Purchase your tickets here.