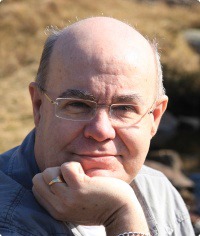 71% of libraries in England have introduced or are planning to introduce e-lending services by the end of the 2012.

LONDON: UK public libraries are facing a “perfect storm” of £122 million cuts in local government budgets combined with a revolution in the way knowledge is consumed. With eight libraries a month closing, being handed over to volunteers to run or turned into a social enterprise this year, according to recent research by the union UNISON, e-lending is being seen as a possible way forward for these valuable institutions to attract new readers and reach people who are unable to physically visit a library anymore. E-lending is the ability for registered library users to borrow e-books by physically going into the library to download them over Wi-Fi or “virtually” online or through an app. The total number of e-books borrowed from UK public libraries through the leading Overdrive e-lending platform has jumped up from 169,071 in 2010 to 576,125 to November this year, although this is still tiny compared to 300.2 million actual books borrowed in 2010/11.

Yet despite such hopes, there is still a good chance that if you walk into your local library in the UK (assuming it hasn’t been closed), go online or download the app, you won’t be able to borrow an e-book like you can an ordinary book. Research by the Chartered Institute of Library and Information Professionals (CILIP) says that 71% of libraries in England have introduced or are planning to introduce e-lending services by the end of the year, falling to 57% in Scotland.

Even if you can borrow an e-book – assuming you know that your local library offers this service at all — it is likely not to be provided by the library itself but by a company such as OverDrive, and the choice of titles may be limited depending on each publisher’s attitude to e-lending in general and that provider in particular, with some well-known publishers not featuring at all, developing their own approach, or if they do, just uploading their back list. If you have a Kindle you can forget it as well, as this popular e-reader isn’t licensed for use with platforms like OverDrive in the UK.

The law is struggling to keep up too, as — for example — the Public Lending Right that sees authors paid for each time a book is loaned out has not yet been extended to e-lending. Furthermore, the e-commerce directive treats e-lending as a digital service, meaning that publishers hold the right to distribute the book after the library has purchased it, leading to some publishers wanting to charge each time an e-book is loaned out.

So concerned is culture minister Ed Vaizey by the situation that he has set up a long-term review, as “e-lending could help transform the way people use libraries. By acting now we can help influence the growth of e-lending that ensures that libraries, authors, publishers and the public all benefit from this potentially valuable new service.” CILIP president Phil Bradley identifies the absence of a standardized approach to e-book library lending as a serious obstacle.

For Philip Bradley, president of CILIP, although librarians back e-lending, “the problem is that while the majority of libraries have some kind of e-lending there are limits to what they can lend.”

He believes that this is “down to the number of e-lending systems being used as it is still at a very early stage and as a result there is no standardized approach.” Although, he adds, “that has got to happen in the future.”

The situation is not helped by the fact that the technology e-lending depends on is still changing too. So just as libraries have got their heads round the e-reader, “the popularity of tablets and smartphones is raising the question: should we still be thinking of e-readers at all?” New devices like the £10 Txtr Beagle e-reader shows that “there is plenty of potential for innovation yet.” The Beagle has enough memory for about five books and downloads them over Bluetooth from a smartphone. “So if you can get an e-reader for the price of a packet of cigarettes, load it up with five Jane Austens and lend it for free people will be even more interested.”

However, Bradley also feels that the publishers are putting a brake on this particular revolution: “They are understandably concerned as for five hundred years they have controlled the physical environment and now they have to change.” Some, he claims, don’t “talk to libraries at all.”

So while publishers “are wary,” they need to understand that “people who read more e-books buy more e-books and more real books.”

However, for Richard Mollet, “publishers are not to blame for the slow uptake in e-lending.” Mollet is CEO of the Publisher’s Association.

“In fact we are working very closely with libraries to try and create a model of e-lending that will mean that there will still be a publishing industry from one year to the next. We have very strong concerns that if it becomes easier to borrow books for free than buy them, then people will go for free.”

Mollet believes that what is holding back e-lending is more that the libraries themselves are unsure of just how much demand there is for e-lending, together with the fact that the technological capabilities of libraries vary a great deal.

“As a result many libraries have limited e-lending as it is an investment decision and they have got to make sure there is sufficient demand for the service. After all, e-books are only worth only 13% of the entire market.”

David Burleigh is CEO of OverDrive. According to Burleigh, “while we are working with nearly half of the public library systems in the UK, lots of budget pressure on UK libraries has meant that e-book collections are modest, often with only a few thousand titles.”

So “while libraries are adding to these collections, it will take a while to grow, especially as a common business model is that one book can only be lent to one user at a time.” Many borrowers are stuck on old-fashioned waiting lists.

He believes that the key to making publishers more positive about e-lending is to make them realise that borrowers “are more of an asset than publishers and authors think.” OverDrive is now “starting to share anonymised data with publishers about millions of page impressions,” despite the privacy fears that this may raise.

For Stephen Cave, author of Immortality: The Quest to Live Forever and How it Drives Civilisation, “life without libraries is unthinkable” and “e-lending needs to be part of libraries’ response to the digital revolution.” What matters to authors like himself, he says, is “first getting people to read books and then second being able to earn a living from writing those books.”

“So while e-lending might be good for reading it could be threatening to the second part as it in theory allows a lot of people to be reading a book for free — many more than if a library just has one or two physical copies. My last book, Immortality, took three years full-time to research and write. A project like that is just not possible unless writers are being fairly recompensed.

“However, in the end if libraries inspire people to enjoy and value books that it has to be good for authors.”

Burleigh too is optimistic about the future of e-lending in the UK as “we are in constant dialogue with publishers and optimistic that companies like Penguin will be on board soon.”

For Bradley, though, e-lending is just one part of the resources libraries are aiming to provide to the community now and in the future. “People becoming less consumers and more creators of content — the library will be a centre of producing their own content.“

However, with the news that Amazon is launching it’s own Kindle e-lending library in the UK at the end of this month the future for our libraries is far from certain.