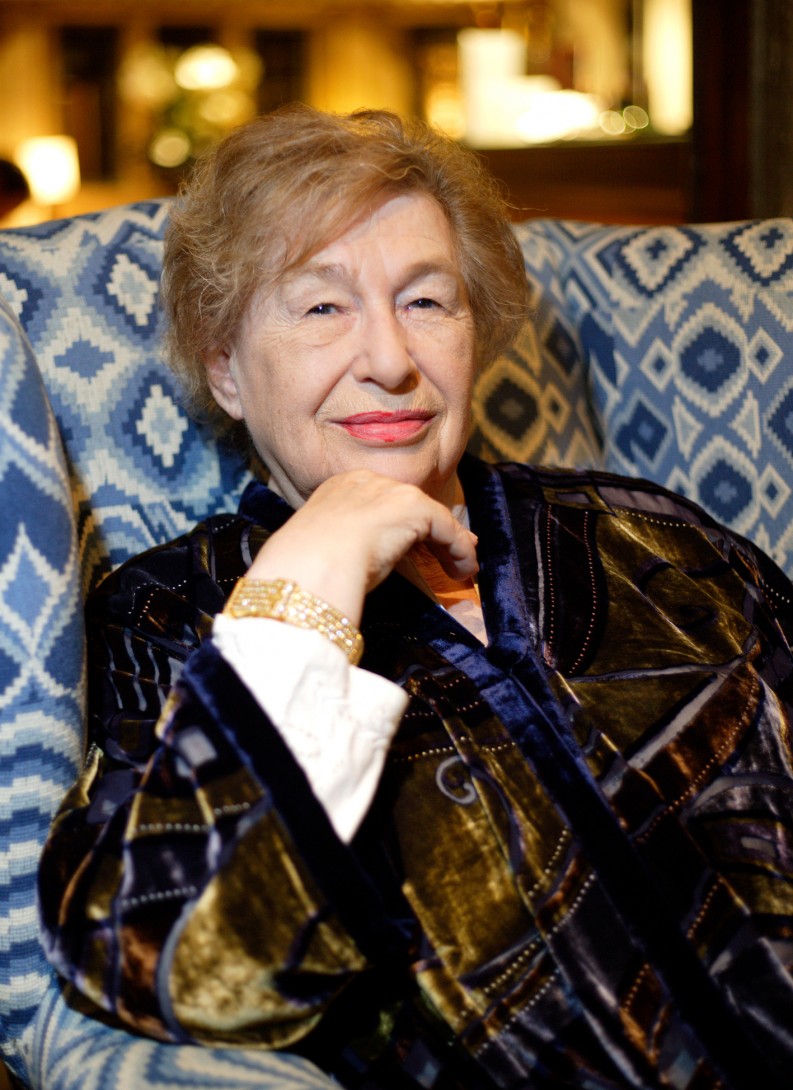 “Murder in real life is often brutal and short and nasty, and I suppose I like the sort of middle class mystery which a lot of writers despise.”

LONDON: Taking tea with Marion Chesney, “MC Beaton,” the 76-year-old doyenne of crime novelists, creator of the bestselling Agatha Raisin series of comfortable Cotswold crime capers set amid the tea-rooms and vicarages of that most English of counties, is a delight — both an affectionate master class in crime writing and a surprising eye-witness insight into some of the darker sides of one of the UK’s great Victoria cities; no, not London: Glasgow. MC Beaton: Despite her reputation for writing cozies, she has come closer to the world of violence than most.

She was in the capital recently, to attend the Specsavers Crime Thriller Awards, publicise her 24th Agatha Raisin title, Hiss and Hers (Constable in the UK/St Martin’s Press in the States) and celebrate the 20th anniversary of her famous hard-talking, gin-drinking, New York Times bestselling, no-nonsense private detective.

Not surprisingly, there’s something of Raisin in her creator. Chesney likes to tell it as she sees it. She favours “black coffee and a cigarette for breakfast” — despite coming through cancer a few years back — and loathes the “nanny state” and its obsession with health and safety. But this forthright, libertarian approach is mixed with a conservatism in other areas, notably over which subjects she will avoid in her novels — perhaps because, unlike other writers, she has come closer to the world of violence than most. Born in Glasgow in 1936, Chesney became a crime reporter in that city, after starting her working life more calmly, as a fiction buyer at one of the city’s finest independents, John Smiths.

“When I was a crime reporter in Glasgow, the razor gangs were on the go, the tenements were still lit by gas and the girl gangs had sharpened steel combs,” she says, in an accent that is still strongly Glaswegian, despite a ten year spell in the US with her husband, former Daily Express Middle East Correspondent Harry Scott Gibbons. “And the filth and the dirt and the lice and the degradation – they were the worst slums in Western Europe. If you’d a drink with a burglar, you were going up in the world — above the axe men and the razor gangs…” this last said with a chuckle before she becomes serious again.

“Murder in real life is often brutal and short and nasty, and I suppose I like the sort of middle class mystery which a lot of writers despise. Nowadays, it’s got to be set in the tower block [housing project] and the heroine in the first chapter is a lesbian and her mother’s in the tower block with Alzheimer’s…People are steering for political correctness.” She knows she’s overstating her case, and she thinks authors, agents and publishers are partly to blame because they jump on bandwagons. “Way back when, they woke up to the fact that SF was the coming thing because of the success of Ray Bradbury and Arthur C. Clarke and Asimov, and so you had all these people trying it with no real feel for it, and it didn’t work.

“With the violence, it’s all right if it’s part of the story, as it is with people like Simon Kernick, but with some of the gouging and maiming, you feel as if it’s just put on top. But the authors see it in the supermarkets and they see it selling.

“I don’t like stories where children are kidnapped — I won’t read them. But I read a lot of between the wars detective stories — Edmund Crispin, Nicholas Blake, Francis Iles.  You write what you like to read and just hope the public likes you. So I like the traditional detectives — Josephine Tey, Agatha Christie, Simon Brett. I see myself as an entertainer — just trying to give someone a good time on a bad day.”

If that sounds quaint, as if Chesney hides herself away in the Cotswolds and doesn’t know what is going on, nothing could be further from the truth. She is a very modern septuagenarian. She owns a Kindle “because the thought of having 1,000 books in your handbag when you travel is marvellous. I travel a lot and it’s so nice not to have to search for bookshops with English books. It’s so quick, and you read twice as much as you did before.”

But she is aware of the other side of the argument. “As an ex-bookseller, I feel guilty, unfaithful. My favourite bookshop, the Cotswold Bookshop, is an old-fashioned business, family run. They advise customers what to read and they’re very good with new authors. It’s people like that who make me feel I’m taking trade away from them.”

She isn’t worried about running out of ideas and has just finished another Agatha and has a Hamish Macbeth — her other detective creation — already on the go. Does she see any differences between publishing on both sides of the Atlantic?

“St. Martin’s Press, who publish Agatha in the States, is like an old-fashioned publisher and my editor, Hope Dellon, is the sort of editor people think they’ll get in Britain. She’s very literary. She always says to me ‘Oh this is marvelous, I enjoyed this…’ and then ‘But I have just a few little questions…’”

Our time is up. The tea trays are being collected in London’s Grosvenor Hotel in Mayfair. As guests prod their iPads, it’s worth asking if the world of digital will appear in Agatha’s novels. Chesney believes an e-reader would make a good murder weapon. “It certainly lends itself to a good title. The Kiss of Kindle perhaps.”