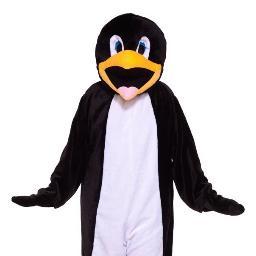 You’ve had a few days to absorb the news. Penguin and Random House want to merge, reducing the “Big Six” to the “Big Five” and sending shivers down a lot of people’s spines. But now that the initial shock has worn off, what do you think? Knopf's PR Director Paul Bogaards changed his Twitter avatar to this shortly before the announcement.

Are agents and authors, as many would have you believe, in a word, screwed — even though Markus Dohle assures the world that they will continue to encourage multiple submissions across competing imprints?

Will publishing finally have a hero that is strong enough on its own to stand up and squeeze Amazon for a change?

Is it simply another indication that the days of big conglomerate publishing are numbered, as the biggest beasts hoard together for warmth?

Or does it, in the grand scheme of the fast evolving global book market, just make sense?