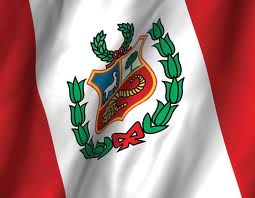 GUADALAJARA: Peruvian publishing is enjoying record production, thanks to zero VAT on books, incentives for investors and zero tariffs on exports as a result of free trade agreements, as well as a raising of the country’s literary profile in recent years. Book production posts an average 9% increase per annum and peaked at an historic 5,476 titles in 2011, bringing $180 million in revenue to Peruvian publishers, $11 million of which corresponds to exports.

Mexico is Peru’s most important foreign market, accounting for 23% of exports, and with which Lima recently signed a free trade agreement.

Peruvian publishing’s health is also due to an increase in consumer purchasing power as a result of greater economic stability in recent years, as well as the incentives afforded the industry by PromPeru, the government’s export promotion agency.

“We have strong growth in the publishing industry, boosted by large-scale government purchases of books in order to bring them to a wider readership in schools and universities. There is also great interest in Peru among international publishers, as we offer them openness when investing, as well as zero tariffs on imports and exports with our free-trade partners, and zero VAT on domestic book sales,” David Edery Muñoz, director of export services at PromPeru, explains.

Textbooks comprise the largest share of production, with 28% of the total, compared to just 6% for narrative and 3% for children’s books. Independent publishers hold the largest market share, with 74%.

Speaking to Publishing Perspectives at the International Book Fair in Guadalajara (FIL), Edery explains that this year 22 Peruvian publishers are exhibiting on the PromPeru stand, the largest delegation ever to attend.

“We also have first-rate writers whose work provokes interest in Peruvian literature, which has been boosted by Mario Vargas Llosa winning the Nobel Prize in Literature in 2010, coupled with the awarding of six other major international prizes to Peruvian writers over the last 20 years,” he says.

Peruvian writer Alfredo Bryce Echenique won this year’s FIL award for Literature in Romance Languages, albeit not without controversy.

“E-books in Peru will also be an important market, especially among younger readers who are more accustomed to using technology. But printed books will remain a vital component of the industry due to Peru’s competitive advantage of printing books 40% cheaper than our regional neighbors. We print many books for Colombian and Argentine publishers, for example.”

“The top-sellers in Peru are novels, history and cookery books, as well as technical and academic titles,” Edery says.

But the main obstacle facing publishing in Peru remains piracy, according to Jaime Carbajal, president of the Peruvian Chamber of the Publishing Industry (www.cpl.org.pe).

“Piracy is our enemy number one, unfortunately. We carry out an operation every month in the same places, confiscating merchandise and apprehending the same individuals, but the next day they’ll be out selling again as we have no laws to prevent it,” he says.

“There are probably more pirated books sold than original editions,” he says.

Peru’s piracy problem is masterfully described in Life Among the Pirates, an essay by Peruvian novelist Daniel Alarcón (Lima, 1977) published in the October 2009 issue of Granta.

DISCUSS: Why Publishers Need to Collaborate with Tech Companies