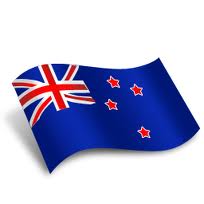 The book business in New Zealand has proven resilient despite global economic tremors. E-books have had little impact as yet.

New Zealand has a population the size of just 4.5 million distributed over two dramatically beautiful and rugged islands in the south of the Pacific Ocean. “We are the smallest developed economy on earth and the furthest away from our markets,” Phil O’Reilly, Chief Executive of BusinessNZ, told Booksellers New Zealand Conference in August.

NZ Publishing at a Glance Per capita, New Zealand’s publishing industry is on par with UK, Canada, USA, and Australia. Major international publishing houses have offices here: Penguin/Pearson, Random House, HarperCollins, Hachette, Scholastic, LexisNexis, Wiley, Cengage and more. Most produce New Zealand lists, with trade houses putting out from 30 to as many as 90 titles a year each, in addition to their overseas lists.

The Publishers Association of New Zealand (PANZ) has 72 members, covering both trade and education publishing. These include a variety of mid-sized publishers (producing 25 titles a year), and smaller, often specialist houses (10 or fewer titles).

Over the past five years, an average 1,890 titles have been published annually. The market share of New Zealand titles for the main categories is 32% nonfiction, including cookbooks; 17% children’s books; and a surprisingly low 3% fiction, a market clearly dominated by overseas production.

Educational books, on the other hand, are an export success. At Learning Media NZ, a major educational publishing company, exports represented 20% of their NZ$26 million (US$21.4m) in revenue for last year.

“The Guest of Honor program [in Frankfurt] this year allowed New Zealand publishers to stand in front of one of the world’s biggest economies and see immediate success,” says Kevin Chapman, President of PANZ. “By the end of this year we will have another 83 titles available in German translation in their bookstores. The opportunity offered to publishers, which we embraced and marketed aggressively, means all of New Zealand’s exporters got to stand on our shoulders in important markets.”

Recent Nielsen BookScan figures reveal that our book trade is in reasonable health: New Zealand has not escaped the drop in volume and value that book markets in the rest of the world have experienced. New Zealand’s decline on a par with UK, but is smaller than that of Australia or the United States.*

The market revenue of book sales is calculated to be in excess of NZ$350 million a year.

According to estimates, bookstore chain Whitcoulls with 60 stores has 30% of the market; the Paper Plus (105 stores) and Take Note (43 stores) owner-operated stationery/bookstores with group marketing policies have 25%; and big box multi retail discounter The Warehouse (89 stores) has 20%.

The remainder is rounded out by independent and specialist bookstores (13%), library and school wholesalers (7%), and internet retailers (5%). Note that few but the independent book sellers are purely retailing books—the accepted New Zealand bookstore model includes gift, school and commercial stationery, cards and magazines, as well as book stock.

Paper Plus CEO Rob Smith is bullish about the group’s recent trade. “Because of category movers like Annabel Langbein’s cookbook Simple Pleasures, the popularity of Fifty Shades of Grey, and the biography of top Kiwi Rugby coach Graham Henry, we are still seeing good sales in books.” Paper Plus’ market decline year-on-year as of last March 31 on a like-for-like basis was only down 0.6%.

Booksellers New Zealand CEO Lincoln Gould says bookshop membership of the organization is strong. He believes the bookselling industry is showing resilience in the face of the slump in retail, but notes that, to date, New Zealand has not really been hit by the impact of e-books. There have been delays in implementing a scheme that would allow booksellers here to offer newly released e-books, but an announcement is expected shortly.

But back to the Kiwi** with a world overview: “New Zealand’s economic base is stable, and we have growing recognition as exporters. The New Zealand brand has integrity as we are the least corrupt country in the world. It is larger and more complex than just green and clean,” says Phil O’Reilly. “I was told in South America ‘I love the place, I love the people.’”

“Books have a part in this…they tell our story.”

**Kiwi: informal name for a New Zealander. Given the fact that most of us travel extensively it is ironic that this national icon bird does not fly!