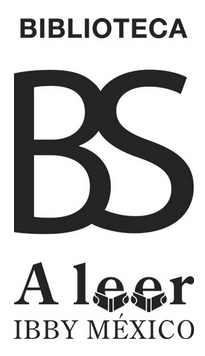 MEXICO CITY: The largest children’s library in Mexico and one of the largest in Latin America opened its doors in Mexico City this month, and which will boast some 25,000 titles and more than 3,000 in digital format, with the aim of promoting reading among the city’s kids. The Biblioteca BS-IBBY México/A Leer library is located in a spacious mansion rescued from dereliction in the south-central Mixcoac neighborhood. The space, which offers three reading rooms for different ages and a digital archive, will also feature a recording studio for the production of audio books for the blind, as well as a small bookstore and a coffee shop.

The project is a collaboration between Basel-based non-profit organization International Board on Books for Young People (IBBY) and the Alfredo Harp Helú Foundation, the philanthropic venture founded by the Mexican billionaire of Lebanese origin. The library is the second in which the foundation has invested, having set up a children’s library in the southwestern city of Oaxaca in 2010.

The Mexico City library is housed in a spacious residence dating from 1900 that later became a school, but which lay empty for nearly 40 years. A historic listed building, the work of architect Antonio Rivas Mercado; it was acquired by the Harp Helú Foundation in 2011 and has been refurbished, with its high ceilings and full-length windows overlooking the gardens ensuring plenty of natural light.

“It’s a paradox, celebrating the opening of a public library in one of the world’s largest cities at a time when the e-book is gaining ground and the printed book as a format is now being questioned. The challenge is to invest in technology, but also in the printed word because the most important thing is inciting people to read and to live in closer proximity to books,” Harp Helú said during the inauguration on November 12.

“The space is a clear indication of the conviction of two Mexican associations that are engaged in social projects that seek to further the country’s development,” the library’s director general Azucena Galindo said at the official opening.

“We combined our work in order to open the Biblioteca BS-IBBY México/A Leer in Mexico City and provided an archive of more than 25,000 books, while the Alfredo Harp Helú Foundation agreed to buy and refurbish the mansion,” Galindo said.

The project also aims to reach beyond the walls of the library itself, Galindo explained.

“Much of what we do here radiates out to state and private schools, with classes for children and the creation of more social spaces for reading.” The library has also been designed to accommodate children with special needs.

“The library is the heart of the building. The space is divided into three reading rooms, according to the reader’s capabilities, and not by age, because a child’s reading development, according to their competence and experience, does not always go hand in hand with their biological age,” she explained.

Readers will be invited to record books in the recording studio so that children with impaired vision can also enjoy stories, while readings in sign language will also be held for the hard of hearing, two sectors of the population that have long been excluded from engaging with literature. The library also has a collection of books in braille.

Personnel trained in orienting children in their reading will staff the library. “A library is alive when there are persons on hand to generate that link between readers and books,” Galindo said.

A Leer (Let’s Read!) is the Mexican branch of the IBBY, which has been promoting reading and the publication of good quality children’s literature in the country since 1979. A year later, A Leer founded the annual International Children’s Book Fair (FILIJ; www.filij.conaculta.gob.mx), which this year runs from November 9-19 at the National Arts Center (CNA; www.cenart.gob.mx) in Mexico City.