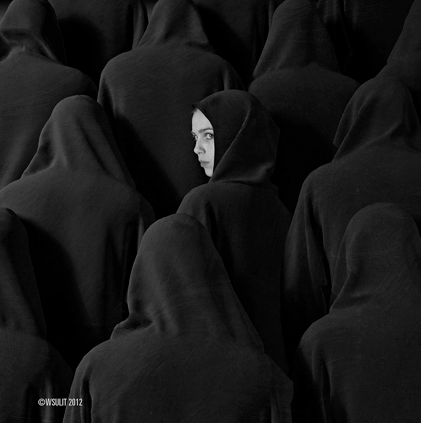 The following is the keynote address delivered by on Wednesday by Beth Kephart at Publishing Perspectives’ “YA: What’s Next?” publishing conference.

In the days following the colossal storm called Sandy, stories held us captive, terrifying aerial views, the news that began to leak in from friends. Trash bags strapped on like shiny boots, brand-new adults walked through rising fumes and fresh flotsam, looking for signs of ordinary life. Heartbroken by saturated eggplants and devastated garden fruits, they crouched to gather seeds. Asking What can we do?, they collected blankets, baked tins of lasagna, emptied their personal libraries of books and took their spontaneous gifts into darkened neighborhoods. Meanwhile, the 19-year-old Rutgers student who lost both her parents to a capsized tree and will now raise three younger siblings on her own, was reaching into some impossible well of suddenly-now-adultness to help others suffering the ravages of weather.

We live in a new world, a Sandy-Irene-Katrina world. A world of fiscal cliffs and residual recessions. A world in which the College Board advocates for a Common Core curriculum that asks that 70% of the 12th grade reading list feature nonfiction titles. A world in which the kids who were raised to win are now making their way among winnowing resources, and singing, top of their lungs, We’re gonna die young.

I don’t mean to politicize stories, but I am going to argue for their radical significance in this fragile stretch of time. I’m going to argue, specifically, on behalf of stories written for young adults and Generation Y. What is the future of Young Adult literature? That is the question. We can adopt the pose of forecasters here—pick and choose among genres, speculate, place bets—or we can build the scaffolding for the kind of stories good sense demands we leave behind. I am biased and fervent. I have opinions and needs. There are kids I happen to love. Kids who follow my blog and profess their dreams with enviable certitude. Kids who crowd into my too-small memoir classroom at the University of Pennsylvania to learn the power of telling, and reading, the truth. Kids who travel far and inconveniently to meet other kids just like themselves — reader/writer kids taking rare advantage of a hodgepodge workshop.

I feel a personal responsibility to these kids when I write my own YA novels—to make room for them inside my landscapes, to instill in them compassion and empathy, to entertain them not just with plot but with ideas, to teach them something of the past, to suggest wisdom and value difference, to introduce places they’ve not yet seen, to invite them to declare themselves. Nothing is altogether black and little is crystalline.

The stories we write for young adults must, I think, be enlivened and also tested by all that percolates and yearns in between. They must come from a moral place, from writers who seek to do more than self-indulgently dazzle their Crayola-hued imaginations on a wavering literary line. They must, ultimately, be perceived as powerfully relevant and life-shaping as anything we might call fact. There’s a reason why Patricia McCormick, with her riveting, poetic novels Cut, Sold, Purple Heart, and Never Fall Down, is not just an award-winner but an iconic force in YA today. It’s not because her books are well-meaning. It’s because they have actual meaning. It’s not because they didactically teach — about self-abuse, about child sex slavery, about Cambodian genocide, say — it’s that they engage, they make us care, they make us want to step up or step in. There’s a reason, likewise, that John Corey Whaley’s debut novel, Where Things Come Back, won so many awards and turned its young author into an insta-star. Because it’s brilliantly odd. Because it’s fantastically germane. Because it is about a search to know and overcome in a woodpeckers-are-going-extinct-and-parents-are-losing-their-way world.

Eliot Schrefer is winning accolades with his new novel Endangered because it is a novel elevated — concerned with a ravaged Congo and the helpless beasts caught in the war, brave enough to depict a young girl who learns what happens when she chooses to save something bigger than herself, when she understands herself to be larger and more capable than she might have thought. Eliot’s Sophie is navigating the world we’ve made, the world we wish we weren’t leaving behind. She has the opportunity to turn the tides with a singular act of courage. And so Endangered both alerts and moves us.

Ruta Sepetys’ new book, Out of the Easy (due out in February) is destined to soar because it takes us on a journey with a prostitute’s daughter in 1950s New Orleans who sure as hell wants a better life for herself, a girl who knows that better means books and education and learning tapped out of unexpected places.

A.S. King’s Ask the Passengers is getting named to this year’s best of lists because it asks readers to forswear boxes and labels and to see what happens when you catapult love into the world. Elizabeth Wein with her plucky, smart, history-saturated, we-will-defy-the-odds-or-at-least-go-down-vividly-trying Code Name Verity is a celebration of truth in friendship. It’s a World War II story that feels entirely right now. It gives its heroines opportunities to decide who they will be at the very worst of times.

And why is Lois Lowry still as relevant today as she was when she first created a type of story that has now been branded dystopian? Because Lowry’s dystopian landscapes teach us about the world in which we live. They teach us about the responsibility of knowing and the salve of empathy, something she calls veering. They suggest that teens abandon familiar places and established rules in search not only of what could be better, but of what could be made better. Lowry’s teens don’t simply harness power. They find it within themselves.

William Alexander’s Goblin Secrets — not, strictly speaking, a YA book but the winner of this year’s National Book Awards prize for young people’s literature — may be viewed as a particularly prescient precursor of the future as well — a magical, fantastical, steampunk story that, for all its revving inventions, for all its brilliant hues, is a story about a civilization working to stem off both evil and the obliterating force of floods. It’s about Staten Island, Long Beach Island, Queens, if we think about it. Desolation is on its way. What can, and will, young Rownie do? The YA books of the future will give rise and shape to the generation whose job it has become to fix the mess we’re in.

Call me naïve. Call me idealistic. Call me helplessly immune to the ways of commerce, to the power of trends, to the rules and regulations of the 140-character Tweet. You will not, I promise, be the first to accuse.

I’m thinking that politics aren’t working so well, and that our planet and our children need us, and that our stories, meticulously made, can still be the cure.

Beth Kephart’s fourteenth novel, Small Damages (Philomel), takes place in southern Spain and received starred reviews. She blogs daily at www.beth-kephart.blogspot.com and is at work on a novel set in Florence.

DISCUSS: What’s Next for YA Publishing? We Have Some Answers