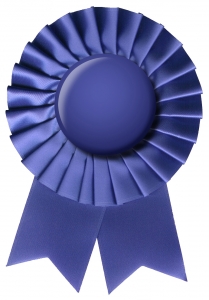 If you beat the competition to market, how can you be sure to capitalize on your first-mover advantage?

Today’s feature story looks how the Japanese launch of Amazon’s Kindle e-reading platform will affect the market. Of course, we all know that Amazon wasn’t the first overseas international e-retailer on the scene — that was Rakuten/Kobo (which was, at the time of its launch, technically Japanese, though Kobo is Canadian in origin). Sony’s e-reading platform, while already available in Japan for many years, failed to fully capitalize on its homefield advantage. Sometimes being first just doesn’t work.

Take Kobo. Anyone who has been to an international book publishing conference in the past few years will no doubt have seen Kobo’s Michael Tamblyn run through a slide deck showing off Kobo’s impressive and aggressive international expansion.

In several markets, Kobo has beaten its much larger competitors — Amazon, Apple, Google, Barnes & Noble — to the starting line. They launched in the UK, Germany, France long before others; they were in Border’s bookstores in the US before B&N could get its act together to launch the Nook. Just last week they announced they were opening in South Africa. Before that, was Brazil.

It’s interesting to note that while Kobo has often been first, in almost all those markets, they have not been able to fully capitalize on their first mover advantage. While e-book statistics are elusive, anecdotal evidence suggests that Kobo has suffered once one of its more established competitors gets its passport stamped and comes to town.

In the UK, Amazon and Apple now dominate. In France, a market where e-books have themselves been greeted with reluctance, Kobo is still low profile, despite having FNAC as its retail partner. In Brazil, Kobo has enlisted Livraria Cultura as its partner, and while the bookseller is highly respected, it’s hardly the largest.

And now, in Japan, where Kobo boldly declared it intended to “Destroy Amazon,” the company’s launch was met with “disappointed users frustrated by technical troubles and the poor availability of titles both in quality and quantity.” One of the points that our contributor Hiroki Kamata underscores in his overview of Amazon’s launch is how Amazon was able to learn from Kobo’s mistakes.

Of course, Kobo isn’t the only company to race into a market, only to find it has met with difficulties. In Brazil, The Copia launched more than a year ago, yet you might not know it—the company has been modestly building its business in Latin America’s largest market. Part of the reason the company has been so quiet is likely that they knew the platform—now said to be much improved — initially proved problematic.

Of course, in the case of both Kobo and The Copia, being first to market might have been their only option. Had Amazon, Google, or Apple gotten their first, they might never have had any chance to establish themselves as a viable competitor. Witness the United States, where Kobo has all-but-disappeared and you can often find their devices on “Clearance” at the few big box retailers who stock their devices. Of course, that will all change in the new year when they take over e-book sales for the American independent bookselling community. Sometimes, learning from your own mistakes can be the best solution as well…

So tell us, is being first into a new international e-book market ever a good idea?

Perhaps not. Even Amazon, which built on many years of e-book market development by now defunct companies, such as Peanut Press, Franklin, Gemstar-TV Guide, Mobipocket (which it bought) and others — all before launching the Kindle in November 2007.