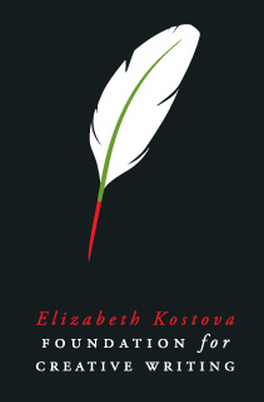 For five years, the Elizabeth Kostova Foundation has fought to raise awareness of Bulgarian writing by sponsoring prizes, seminars and publications at home and abroad.

The Elizabeth Kostova Foundation is perhaps unique in the world not only because it is a private organization dedicated to promoting a national literature — that of Bulgaria — but also because the foundation’s creator, American novelist Elizabeth Kostova is from another nation entirely. Recently Publishing Perspectives spoke to EFK Director Milena Deleva to get to the bottom of the mystery. Most Central and Eastern European countries manage to get at least one of their authors onto the international literary circuit, thus — rightly or wrongly — defining their literature abroad for each generation. Today Milan Kundera dominates our perceptions of Czech literature, Victor Pelevin did the same for Russia in the 1990s and while Poland is a less clear cut case, the Nike prize-winner Andrzej Stasiuk currently has five books available in English translation. But Bulgaria? Nothing. Nada. Zip. Milena Deleva has clearly thought about the situation and has many explanations for Bulgarian writing’s ultra-low profile:

“The lack of a Nobel laureate who is admittedly Bulgarian (Elias Canetti only spent his early childhood in Bulgaria)…the lack of a visible diaspora organically integrated with the English readership…no distinct political turmoil to justify international attention. And on top of these deficits, Bulgarian language studies have faded away from Slavic departments around the world. Bulgaria has been so quiet on the international literary scene.”

A difficult prospect, then, for anyone interested in reading, promoting or publishing Bulgarian literature to deal with, and one made worse by the fact that Bulgaria is one of the few European countries that doesn’t have an operational national strategy for promoting its literature abroad; and yet according to Deleva “contemporary Bulgarian writing is currently in some kind of revival after a long transition phase during which home grown writers were sidelined by commercial foreign authors.”

Elizabeth Kostova stepped into the breach, establishing the foundation that bears her name in 2007. Riding high on the success of her first novel The Historian, she did something possibly unprecedented in the history of writers: she plowed a chunk of her financial good fortune back into literature. But why Bulgaria? Says Deleva:

“She had visited Bulgaria a few times before arriving at the idea to set up the Foundation. As she has said in several interviews, she felt inspired by the country and wanted to give it an international role. Elizabeth Kostova seems to have fallen in love with Bulgaria, its literature and writers, and wanted to provide more opportunities for them. She also wanted to repay a debt of for inspiration for her own work. A third of her first novel The Historian is about Bulgaria!”

Since then the Foundation has developed and matured, and it now runs several innovative programs and contests to promote literature inside and outside of Bulgaria. Perhaps revealing something of its roots as a project founded by an American, the EKF prefers competition as a means of identifying quality to doling out grants according to the whims of a handful of invisible arbiters of taste, as is the norm in European bureaucratic arts bodies.

“We invite foreign publishers and editors to judge the novel contests  In this way we avoid the trap of self-perception. The winning novels receive a complex assessment of the quality of the original work, the translation and its relevance to the local book market and literary taste.”

Each year since 2010 the foundation has run a contest with Open Letter Books, and the winning novel is published by the Rochester-based independent house. “So far together we have published Thrown Into Nature by Milen Ruskov (2011), A Short Tale of Shame by Angel Igov and 18% Gray by Zachary Karabashliev, which will be published in January. In addition, we ask the evaluation panel to pick a few runners up whose works we feature on the Contemporary Bulgarian Writers website. Partnering with Open Letter Books has been a wonderful, consistent and very productive experience. Open Letter’s effort in casting light on new, unknown foreign writers deserves admiration!”

The Kostova Foundation is also interested in literary cross-pollination; thus not only does it seek to bring Bulgarian writers to the attention of the English speaking world, but also to promote the work of Anglophone writers inside Bulgaria. Hence the Krastan Dyankov Translation Award, named for renowned Bulgarian translator of Caldwell, Cheever, Faulkner, Steinbeck and Updike. Not a translation grant, the Dyankov Award rather recognizes excellence in translation. Says Deleva:

“The award was established in 2007. Five years later, nine fine literary translators have received the prize for their outstanding translations of works by American, Australian, British, Indian, Irish and South African contemporary writers.” Among the books recognized are The Sea by John Banville, The Messiah of Stockholm by Cynthia Ozick, The Human Stain by Philip Roth, The White Tiger by Aravind Adiga, A Bad Year by J. M. Coetzee and Homer & Langle by E.L. Doctorow. Adds Deleva: “As you can probably guess from the list, the selection criteria require the quality of the translation and the literary merit of the original to overlap.”

The Sozopol Seminars for Creative Writing

Yet another interesting project organized by the EKF meanwhile is the annual literary seminar held in the ancient town of Sozopol on the Black Sea. The Sozopol seminars are connected to the birth of the foundation itself, says Deleva, as it was while on a book tour in the town that Kostova visited an art gallery and “…and dreamt of setting up something similar for writers. Only a few years later, this same venue has become a home of the Foundation’s much respected and internationally known fiction writing seminar. Every year at the end of May, both distinguished and aspiring authors from Bulgaria and from the English-speaking world convene in tiny Sozopol, where they immerse themselves in intensive writing workshops, lectures, round-tables, and text-performances.”

The call for applications usually opens at the end of October and closes at the beginning of March; ten fellows are selected each year for participation and funding. According to Deleva the seminars have become highly competitive and international in a short time:

“The immediate goal of the seminar has to do with writerly experience during which the participating fellows explore their own craft through mutual exchange under the guidance of one English-speaking and one Bulgarian fiction author. The long-term goal of the seminar is to create a nexus with the Anglophone world through the visiting publishers and editors who we make sure to bring in each year.”

However although Sozopol is primarily about creative writing, the seminars also benefit translation:

“The Sozopol Fiction Seminar’s professional network has become a chance for some of the foreign fellows and faculty members to get translated or published in the Bulgarian language, which they seemed to appreciate as much as their Bulgarian counterparts appreciate being translated in English. The horizon, unfolding through the new language culture matters for the Anglophone writers regardless of the size of the receiving language…Although each project has its own strengths, probably the most visible and pivotal success is the Sozopol Fiction Seminars — it is the one that unites and reinforces all of the Foundation’s goals.”

And yet this does not exhaust the EKF’s list of projects. The Foundation also runs a website and cooperates with others organizations to promote Bulgarian writing. The Dalkey Archive Press’s Best European Anthology has featured Bulgarian writers in two editions so far
while the foundation also cooperated with American literary magazine Absinthe on a Bulgaria-themed issue.

Given that probably all of the authors the foundation has assisted would be completely unknown without the assistance of the EKF, it is difficult to disagree with Deleva when she says of Kostova: “We have been extremely lucky to receive this very cultured and considerate generosity. Slowly, but surely Bulgarian contemporary fiction is edging its way into the world, and I am very glad that the Elizabeth Kostova Foundation has a key role in this.”