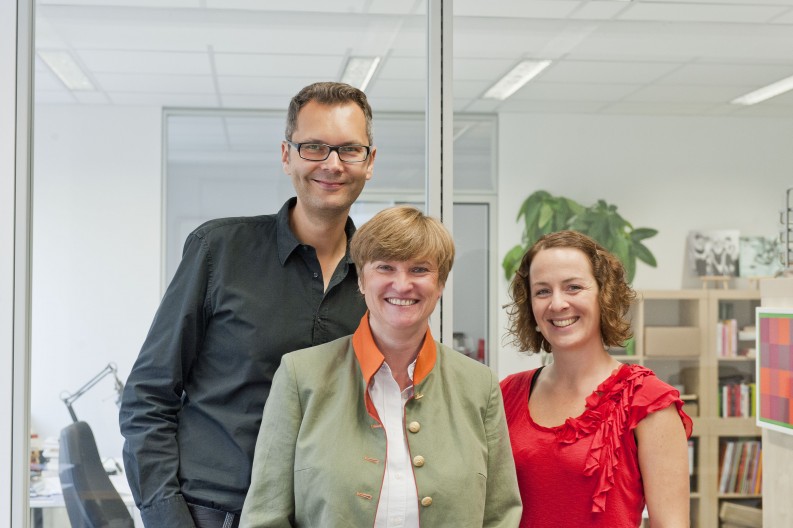 With just six people on staff, start-up publisher dotbooks churns out 15-20 e-books a month and aims to take on Germany’s paperback market.

When Beate Kuckertz left Droemer Knaur in 2010, she had 20 years of experience in the German publishing industry behind her. After some time off, she knew she wanted to get back into an editorial position, “but not as part of a big corporate publisher again…to be honest, I didn’t even consider founding a print publishing house, those days are simply over. You either need lots and lots and lots of money, or you have to affiliate yourself with a corporate publisher right away.” After some research into the state of publishing in the US and the UK, as well as in Germany, during which it became clear to her that the paperback “is dying out,” Kuckertz came to a conclusion: “For me the only possibility was to found an e-publishing house, which I then did.” Thus, in late spring, dotbooks was born. Though new and small in terms of staff (six in total, including one trainee and one intern), dotbooks should not be mistaken for a small venture in any other sense. By the end of 2012, they will have published around 150 books, and will keep publishing at a rate of 15 to 20 books per month after that. (Currently their titles are available exclusively as e-books, but in the beginning of 2013, part of the program will be available in print.)

If you’re doing the staff-to-books math, though acquisitions work happens in-house, dotbooks relies on freelancers for manuscript editorial work. It’s still a lot. Kuckertz says she’s outpaced her own business plan, both in terms of publishing and hiring, and that she “would like to be even faster.”

For Kuckertz, publishing a large number of titles is imperative for dotbooks to occupy the editorial space she’s aiming for. Though formally, she’s a digital-first publisher, the culture of the paperback is still a standard to contend with: “Being a paperback publisher always means a bulk of material, a breadth and a variety in a positive sense, and it’s precisely this market I’d like to break into, which the paperback still halfway occupies in Germany…I don’t think you can start up this kind of business if you approach it in a slow, small way.”

In terms of professionalism and ambition, dotbooks is unique among digital-first publishers in Germany. Though initially she had some concerns about relying on e-book sales too soon, Kuckertz has come to see value in going through the intensive learning period of this stage of development: “Nobody has that experience yet, there are no marketing packages you can simply buy, you have to work everything out with your technical partners, with your sales partners, and everything from the ground up. I believe that people who do this a little later, who maybe found a publishing house like this now or in half a year, they’ll definitely have it easier, but I wouldn’t want to miss this learning period.”

Most dotbooks titles are not by first-time authors, though a good portion are. Some established authors are trying out new formats with dotbooks. For example, Tanja Kinkel will continue to publish her historical novels with Droemer Knaur, but she’s putting out novellas with dotbooks. Other authors have entrusted dotbooks with their backlist titles. The company has also benefitted from contractions in the German book market, which have caused many publishers to narrow their programs; talented authors who would have fit in at other publishers in the past are finding a home at dotbooks.

For herself and her staff, who also come from large, well-established publishers, Kuckertz explains dotbooks’ appeal: “You get to see a publisher come into being from the beginning, which is relatively rare. Also, since we’re a start-up, everyone has to take on every role and since we’re discovering a new market, we have short decision-making processes…At a large trade publisher like the one I come from, these processes are well-established, you don’t change them anymore, but with us, you can do things differently.”

As flexible and forward-thinking as dotbooks may be, it can’t completely control its own destiny: “For us, I think the main challenge is one we can’t really participate in: that the e-reader as a reading option becomes central in our society,” says Kuckertz. “I’m betting on the upcoming Christmas shopping season for that.” If German trends at all resemble those in the USA, it’s probably not a bad bet to make.