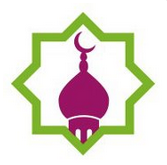 Nadhir Douma, founder if ISLAMeBooks was surprised to discover “the high potential that this area presents for the industry.”

TUNIS: As more and more start-ups in digital publishing crop up worldwide, Tunisia’s ISLAMeBooks is one of the latest to launch, targeting Muslim and non-Muslim readers globally. The company made its debut this week at the Tunis International Book Fair. With a background in web and IT development, Nadhir Douma founded his third start-up, ISLAMeBooks this summer, he plans to publish an estimated 10 titles a year, first in Arabic and then primarily in English, with Indonesian, Hindu and Turkish translations projected for the future.

Douma has been involved in digital publishing since last year, when he created his second start-up, IMS Technology, an educational technology firm specialized in eLearning, mobile learning, digitization and ePublishing. IMS is a spin-off of his first start-up, e-Taalim, a free blog about e-learning and blended learning in three languages, targeting the Middle East and Africa.

“We had the chance to work in producing e-books and audio books mainly in Arabic and using the international standards: EPUB and DAISY. Through our relationships with publishers in the region, I found that little was done to make books available and accessible to everyone independently from their location, the nature of their device and platform.”

Douma researched the subject and said he was surprised to discover “the high potential that this area presents for the industry.”

ISLAMeBooks will cover Islam as a religion, said Douma, “so that Muslims can deepen their knowledge about the Islamic practices and the “Sharia” (Islamic law) but we will also offer non Muslims who are curious about Islam the opportunity to discover it.”

With board members of the start-up including academics Abdelhak Hamiche who specializes in jurisprudence, Mohamed Nouri in Islamic finance and Nidhal Guessom, who is an astrophysicist, Douma aims to “showcase the contributions of Islam to many areas including politics, the economy, the society and science. Subjects such as Islamic finance are of as much interest to the West and the East alike.”

Given that in the Arab world academic publishers are the most successful, it is an advantage to have board members affiliated with universities so that they will be able to source writers but also use the books.

“I would say around 30% of business will go to academic institutions because our business model will be based on B-to-C sales,” said Douma.

“As we grow and when we’re talking hundreds of e-books, we can adjust our business model to be able to better address the needs of academia by offering annual subscriptions.”

For the moment, Douma has put out a call for new authors and is in talks with published authors; in both cases he is looking for original material.

E-books will be produced in EPUB and sold through online shops such as Amazon, Apple, Barnes & Noble, Google, Kobo, and Sony, although for the Arabic titles, Douma says, “Unfortunately some retailers such as Apple and Amazon do not accept Arabic EPUBs.”

He is also planning to sell through their website and will be offering POD for some of the books.

With digital publishing in the Arab world growing slowly but steadily, Douma is certainly on to something.