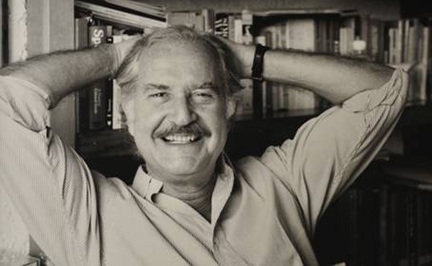 Carlos Fuentes offers gift to readers from beyond the grave.

Fuentes, winner of both the Cervantes Prize (in 1987) and the Prince of Asturias Award for Literature (in 1994), died in Mexico on May 15th, and had planned to present the new novel at this year’s Guadalajara International Book Fair. Instead, the Spanish-language novel will be on store shelves later this week, on November 7th.

The novel starts with a  conversation between the fictional Dante Loredano and Friedrich Nietzsche, with whom Loredano shares a balcony. The story then proceeds with Nietzsche guiding Loredano “through an unknown city that is going through a social revolution.”

Alfaguara described the novel, which Fuentes dedicated to Spanish cardiologist Valentin Fuster, as a “spoken portrait,” with Loredano being a fairly transparent stand-in for the author himself.

Fuentes was a prolific writer of novels, short stories and essays. Some of his notable work includes The Death of Artemio Cruz, The Old Gringo and Christopher Unborn.

There was no word yet of an English translation for Federico en Su Balcon.