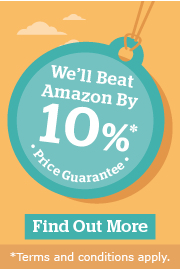 Is Bookworld risking too much for the sake of being competitive?

Australia’s Bookworld has guaranteed its customers that it can beat Amazon’s prices, and those of other online retailers, The Australian reported today.

Bookworld customers can now claim a 10% discount off of any standard title if they find the same book for less, including shipping, handling and other fees, from a different online retailer.

The offer is a direct challenge to both Amazon and the UK-based Book Depository, to which Australian consumers have been flocking as a result of the strength of the Australian dollar and the high price of books in the country.

The company has stated that it is willing to slim its margins in order to further competition and growth.

Not everyone is happy about the increased competition, however. The Australian reports that Joel Becker, head of the Australian Booksellers Association, worries that the “price blitz could put traditional bricks and mortar store sales and profits under even more pressure.”

In the United States, Amazon is facing simliar competition from bricks-and-mortar stores who are tired of losing customers to the Seattle giant. Both Target and Best Buy have agreed to “price match” Amazon on certain items and are encouraging shoppers to use their smartphones to compare prices in store — primarily in the hope that shoppers will opt to use the bricks-and-mortar stores’ apps or else buy on the spot. Books are not specified in either stores’ announcements, but Target has a strong, albeit modest, selection of current bestsellers, so there’s no reason to think the same policy wouldn’t apply to them.

So tell us, do you think Bookworld’s stores can beat Amazon on price? Or are the margins simply too slim and the chance of losing revenue during the all important holiday shopping season, to even take the risk? (And please note, we know this question only applies to countries without fixed price laws).