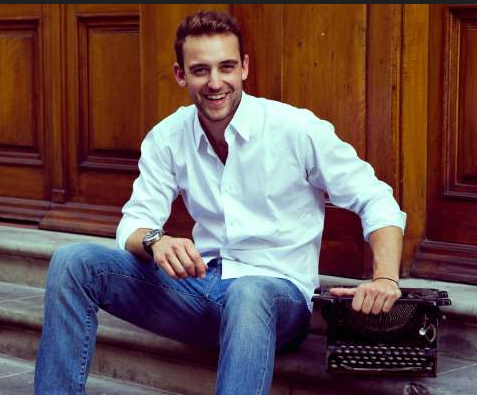 “It’s a book that has elicited the greatest excitement and there has been lots of competition in terms of rights.”

PARIS: Every once in a while there’s an element of surprise, an against-the-odds story that adds a little bit of magic to the publishing industry world. At Frankfurt this year the buzz was all about a 665-page crime fiction novel by a virtually unknown 27-year-old Geneva-born author. Dubbed a “Swiss Millenium,” (after Steig Larsson’s Millenium trilogy) rumors were rife: a German editor left Frankfurt and jumped on a train to Paris to convince the publisher, 86-year-old Bernard De Fallois, to sell them the rights, one editor was convinced that there were actually two novels (the construction of the novel is a book within a book), and it was said that the writer was too young and handsome to be the real author. “It was quite surrealistic,” said Cristina De Stefano, one of the literary scouts who, along with Koukla MacLehose and agent Arabella Cruse was responsible for creating the buzz. (Koukla MacLehose’s husband, Christopher, is the Millennium trilogy’s UK publisher).

“As scouts we are mercenary readers. When I first saw how thick the book was I thought, oh my god…then I began to read it and went on for 9 hours straight. I stopped at 3 a.m. because it was getting a little scary. The next day I wrote a 7-page report to my clients.”

Just one month after the Frankfurt Book Fair, now that La vérité sur l’affaire Harry Quebert (The truth about the Harry Quebert affair) has been sold to 30 countries, won three literary awards in France and knocked Fifty Shades of Grey from its #1 position on Amazon France, its smiling author, Joel Dicker, and his novel, an Edward Hopper oil painting gracing the cover, are splashed across the pages of the French, Swiss and German media. Dicker’s second published novel, brought out jointly by the independent French Editions de Fallois and the Swiss Editions L’Age d’Homme is set in New York and in a small town in New Hampshire. The author had spent each summer of his childhood visiting family in Maine, and said that he had wanted to write about this area of the US that he was familiar with. “I started from the beginning with this setting,” said Dicker, who at a recent prize giving ceremony added that besides George Orwell, John Steinbeck had been a big influence on him — Of Mice and Men “completely bowled me over.”

Marcus Goldman, the main character in La vérité sur l’affaire Harry Quebert, is a successful young author with a bad case of writer’s block. Goldman travels to New Hampshire to seek the advice of his former university professor, Harry Quebert, also an author, when Quebert is suddenly accused of having committed a murder 33 years ago.

Editors and readers alike find the persona of Marcus Goldman immensely appealing and it has been suggested that he could become a character in a series. Publisher Bernard De Fallois said, “It’s a book that has elicited the greatest excitement and there has been lots of competition in terms of rights.”

While rights have been sold worldwide and in Europe to publishers such as Piper Verlag in Germany, Ediciones Alfaguara in Spain and Bompiani in Italy, De Fallois is taking his time regarding the UK and the USA where he says he has had quite a few offers. “We are waiting to find the right contacts. Editors are reading the manuscript in French. We are in no hurry.”

Television and film studios have also made offers, added De Fallois, but “we are still far from concluding a deal, one has to be very prudent.”

Deals aside, Dicker seems in no danger of getting writer’s block like his character Marcus Goldman. Although La vérité sur l’affaire Harry Quebert is Dicker’s second published novel, it is the sixth he has written.

“I was moved by this young man. He’s a natural talent. All he really wants to do is write,” remarked De Stefano.

“He wrote 30 different versions of this book,” said De Fallois. “He will be a great novelist, and I strongly believe in his career.”