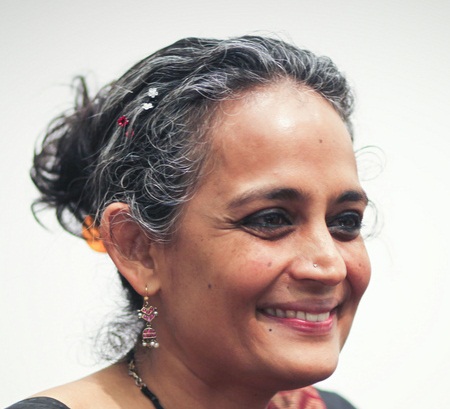 Writer and activist Arundhati Roy announced at the Sharjah International Book Fair that she is in the process of writing a second novel.

Roy’s first novel, The God of Small Things, was published in 1997 and won the Booker Prize in 1998. Since then, she has largely steered clear of fiction, focusing on writing non-fiction and on political activism.

“The book took me over and even if I had wanted to escape from it, I couldn’t,” Roy said of writing her first novel. “Fiction is a lonely business and writing a book is like being in jail.”

Aside from saying that she was working on something new, the author offered no insights on the project.

“I have never been particularly ambitious,” said Roy, as she discussed her path as a fiction writer in front of a reportedly packed crowd. “I am not a careerist, I am not trying to get anywhere in a career. It is more important to engage with society, to live it, to have different experiences.”

“Writing is in my DNA. When you write you must be accurate about the detail, space and place,” Roy also explained. “I think fishermen must make good writers; they spend so much time keeping quiet and plotting against the fish.”

Via The Indian Express