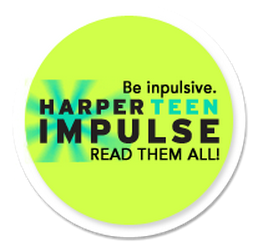 It should come as no surprise that, due to the explosive growth in YA publishing, The New York Times Media Decoder is reporting that HarperCollins is creating a digital imprint focusing on young adult short stories and novellas.
The new imprint, which will be called HarperTeen Impulse, will begin sales on Dec. 4th with short fiction in a variety of genres. And while the imprint is open to both new as well as established authors, it will, at the beginning, rely heavily on some well-known names. Its first titles are scheduled to include Breathless by Sophie Jordan, described as a companion novella to the author’s “Firelight” fantasy series about a dragon in human form, and Stupid Perfect World, a futuristic novella by Scott Westerfeld, author of the much beloved “Leviathan” trilogy, which combined alternative history with science fiction.

Impulse says that it will be releasing four new books on the first Tuesday of every month through e-book retailers, at prices ranging from 99 cents to $2.99. HarperCollins will support the Impulse books with dedicated marketing, social media outreach, and cross-promotion in its HarperTeen print books.

“Readers of YA have embraced digital reading in a big way,” said Susan Katz, president and publisher of HarperCollins Children’s Books.  “We’re seeing short-form content becoming more popular in the digital marketplace, and HarperTeen Impulse allows us to experiment with new concepts and deliver content quickly.”