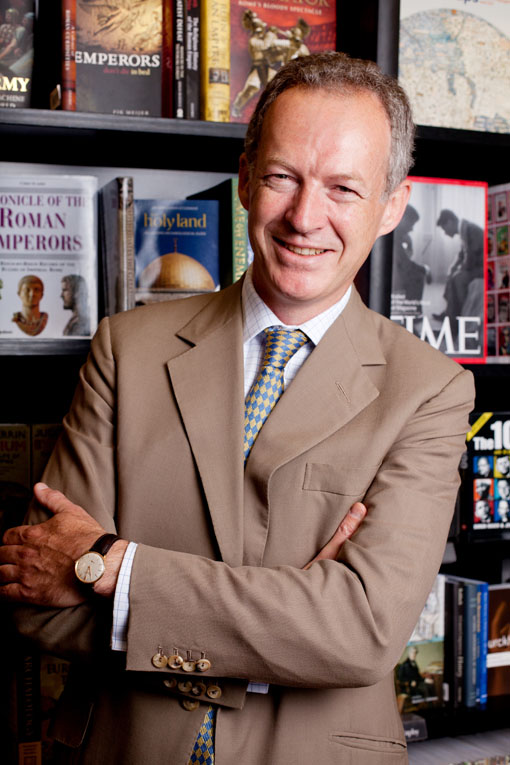 The legendary British book retailer Waterstones has begun promoting the Amazon Kindle devices that will be going on sale in stores starting today with the line, “There are two sides to every story.” And while Amazon has begun a TV campaign touting the Kindle Fire, describing the company as “the re-inventers of normal,”  Waterstones’ promotion continues with the lines, “With books and now Kindle you can enjoy both at Waterstones. Expect a new Kindle experience at Waterstones from late October. Ask a bookseller for details.”

It was just months ago that Waterstones’ managing director James Daunt, who had previously described Amazon as “a ruthless, money-making devil,” announced that they were teaming up with Amazon. Daunt at that time told the BBC, “A world that is totally dominated by Amazon will be a poorer one. But that is not that to say that I don’t think that Amazon is — within the limits of what it does — absolutely fantastic.”

In our report about the partnership, one publisher described it as being “like Vichy France.” Previously in our own pages, Daunt had noted that Amazon has the power to “turf [Waterstones] out” and lamented their favorable tax status from being based in Luxembourg.

Unsurprisingly, the BBC reports that while Daunt is unwilling to discuss the terms of the Waterstones/Amazon agreement, he insists that the agreement is to his company’s advantage. “I certainly won’t tell you what I’m going to make with Amazon, but what I will freely admit is that we have a commercial business here and we make sensible business decisions.”

And while there has been much criticism of Daunt’s decision (such headlines as “A deal for destruction” and “Waterstones let the fox into the chicken run” were not uncommon), Daunt believes that he made the logical decision: More and more of his customers are reading books on digital devices, with Amazon as the most popular choice, and to ignore this fact would, he argued, undermine the bookseller’s longstanding relationship with its readers.

“If they choose to read digitally, I have to become involved in that game,” he said. And since it would be beyond the capacity of the firm to develop its own line of tablets and e-readers, Daunt plans to offer additional services — allowing shoppers to use Kindles to browse Waterstones own recommendations and then read them for free while in the store.

“The principle is simple,” he said. “You are in a bookshop, you can pick up any of these books — you haven’t bought them yet — you can browse them. Until you leave the shop you don’t have to pay for them, and that same principle should apply to a physical device as well as a digital e-book.”

“All that we have to do is encourage people to come into our shops and to choose the books,” Daunt argues. “I don’t frankly care how they then consume then, or read them, or indeed buy them. But if you spend time in my shops, and you come back more often and spend longer — you’re going to spend money in my shops.”

But will that money be on books? The BBC reported that Waterstones has been expanding its inventory of stationery, games, and puzzles, and plans are in place to create cafes in each shop, which will mean, inevitably, less space for physical books. “I do think the shops will have less books,” Daunt admitted, “but they will remain absolutely first and foremost physical bookshops.”