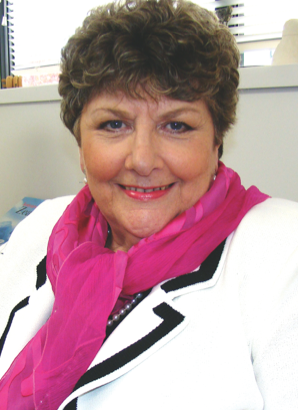 Apart from Australia and the Pacific Islands, Asian nations are New Zealand’s nearest neighbors. The population of Auckland, our largest city, is now around 20% Asian. Australia is our biggest export market, and New Zealand has long-standing trade relationships with the UK, North American and European countries. But as of 2011, China was our second largest export market, with exports three times higher than in 2006. And this massive prospective market for books and learning materials has not gone unnoticed by New Zealand publishers.

Education is the entry point for New Zealand publishers to China and other Asian nations, and while the sector is only a fraction of current total exports, it is being pursued vigorously.

Wendy Pye of Award Reading and Sunshine Books has just returned from the Korean launch of a chain of technology-driven English-language teaching centers for children called SMARTree. Award Reading provides the language learning content for the new venture, together with Korea’s government telecommunications company and the BBC, with input also from Samsung. “In the 30 years I’ve been in the education market, I have never seen anything quite like this,” says Pye. “It is the next learning platform for the world.” Award is releasing their program to other markets at Frankfurt.

Another company, Kiwa Media, facilitates the easy migration from print catalogues to digital media. Chinese investors in Kiwa will soon open an office in Tianjin, near Beijing. Investor Xiaoying Fu says they love Kiwa’s product, that it is cutting-edge technology, and scalability is not a problem when introducing their products to the international market. Managing director Fiona Feng is at Frankfurt along with Kiwa’s CEO Rhonda Kite.

Trade publisher David Bateman Ltd. has a joint relationship with China that began 20 years ago at the Stanford Publishing Course, where Paul Bateman became friends with Chongquing Publishing director Ding Yi. This paved the way for recent co-production of seven titles: two are books about China, with English text supplied by Bateman and photographs sourced by Chongquing; the others are rights to Bateman titles for China. As Paul says “Chongquing, a small city in China you’ve never heard of, with 20 million people!”

Of course, trade is a two-way transaction: New Zealand publishers have been printing around 70–80% of their output in China for around 25 years. As a consequence, Times Printers Everbest division and 1010 Print are two of the major Chinese firms involved, and they have generously become sponsors of New Zealand’s While You Were Sleeping Guest of Honour program.