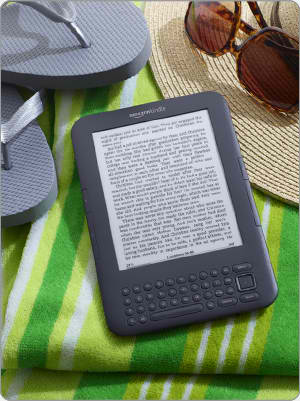 Today’s feature story looks at the facts and possible scenarios surrounding the rumors that Amazon might be in negotiations to acquire Brazil’s dominant bookstore chain Saraiva — one with 102 bricks-and-mortar stores. That Amazon might even be considering a move is a surprise to most, but is it altogether out of the question that the company would move into physical retail?

It could be that the company is about to get “very real,” particularly as other retailers — Target, Wal-Mart — balk at selling Kindles on Amazon’s behalf.

So, what do you think? Should Amazon go into bricks-and-mortar? With depressed real estate prices all over the country, is the time just right? Or is it too distant from their core competencies?

And let us know what you think in the comments.