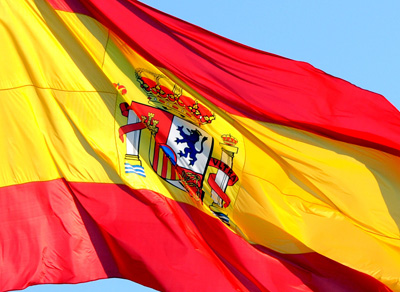 Reflecting the need to reinvent itself, Spain’s primary publishing trade show has put a renewed priority on professionals. The deep financial crisis in Spain and the on-going transformations that affect the industry worldwide have had a negative impact on the number of exhibitors, which has fallen 18% compared with 2011. The drop, albeit significant, leaves a not negligible balance of 450 publishers from 15 countries who will be trading at their booths, allowing LIBER to retain its place as one of the three most important book fairs in the Spanish language. Commercial missions from around the world, organized by the FGEE (the Spanish Federation of Publishers Guilds) and the ICEX (National Institute of International Trade), will also contribute to brighten the perspectives, as export growth (up 5.38% during 2011) is one of the keys to recovery.

Paraguay, with its blooming literature and its emerging publishing industry, is the guest of honor.

Despite of the advent of digital communcation, publishing is still an activity in which the personal touch matters, and the absence of pillars of the trade like Anagrama, Tusquets, Edhasa and Random House Mondadori may contribute to a dismal mood and is, itself, likely the worst enemy of those hoping for an upturn. Arantxa Mellado, director of The Spanish Digital Link and organizer of the training conferences offered by the fair, seems to be impervious to gloom and is determined in helping her colleagues to turn the tide.

“That the industry is changing is a wonderful opportunity to think LIBER anew,” she says. Professional training in the new challenge faced by publishers in times of digitization and overabundance is a service that many other book fairs have had recourse to in their own re-imagining, particularly LIBER’s counterparts overseas in Guadalajara, now widely considered the key fair for Spanish-language books, and Buenos Aires, which is aspiring to achieve a bigger platform. But LIBER has one clear advantage: it is backed by the largest, most professionalized and highest revenue generating publishing business in the Spanish speaking markets.

“We have a lot of work ahead,” says Mellado, referring to the change of attitude necessary for LIBER to become number one again. “Fairs in the Spanish book world have been about trading goods. We still don’t know how these fairs will be when the inescapable digital tipping-point arrives, so that we can’t design their formats and models from our present point of view. What we know is that we have to adapt right now to new realities and go ahead reinventing ourselves,” she adds.

Mellado thinks that LIBER should also open the doors to the public. “If you have a look at the most successful and growing fairs of the industry — Frankfurt, London, Guadalajara–you’ll see that there is an important participation of the citizens. It’s very exciting when Frankfurt finally lowers the bridges and the public crosses the moat surrounding the castle. Readers storm the premises with enthusiasm, buying all the books that have been exhibited there”, she says. “Frankfurt is so full of meaning because it also matters to readers. They are part of it.”

With 50 activities — keynotes, roundtables, workshops — and a digital corner, it’s undeniable that LIBER has added value to its somehow obsolete format. However, how to efficiently communicate the new services and the new spirit remains uncertain. “It doesn’t help that LIBER is held one year in Madrid and the following one in Barcelona. It’s like starting from scratch each time,” she states, remembering the difficulties faced by BEA when it was an itinerant event. “If the fair will continue to serve both cities, a better coordination of the IFEMA (Madrid) and the FIRA (Barcelona) is a must,” she says, referring to the two exhibition centers that host the LIBER.

Apart from her involvement in the much needed and welcome transformation of LIBER, Mellado has recently co-founded a publishing start up, The Spanish Digital Link. The company will offer global services to publishers worldwide who’d like to enter the Spanish speaking markets with their titles.

DISCUSS: Plan Ahead for the Guadalajara International Book Fair 2012