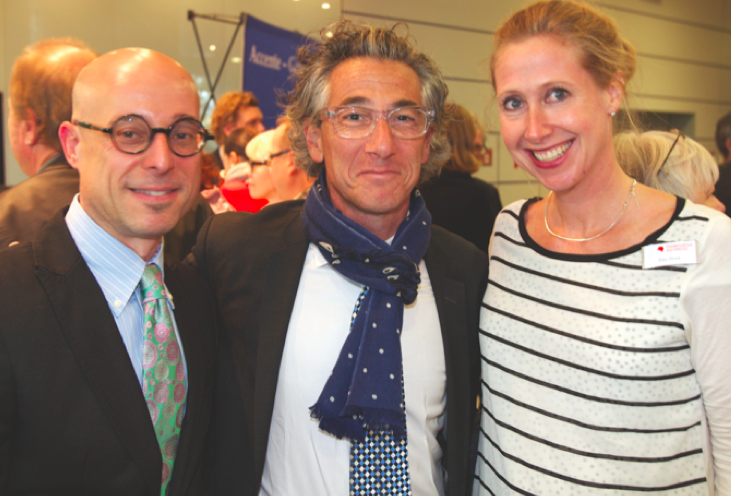 “Small publishers have the flexibility to experiment.”

Small publishers in the US are managing to reclaim territory in the shifting sands of the publishing industry, said Jeffrey Lependorf, executive director of the Council of Literary Magazines and Presses (CLMP) in discussion with Erika Goldman of Bellevue Literary Press, Julie Schaper from Consortium and Ira Silverberg, the National Endowment of the Arts’ (NEA) literature director, at the Frankfurt Book Fair earlier this month. “These years are the most exciting times in the US for small press publishers since the 1960s. New publishers are being born and small publishers are really making a dent without necessarily grower larger.”

That said, operating a small press is extremely difficult, stressed Erika Goldman, and you can never take anything for granted. Bellevue published its first list in the spring of 2007 and has since brought out between six to eight books a year. Times have been rough, said Goldman, but when their novel Tinkers by Paul Harding won the 2010 Pulitzer Prize for fiction, it “pulled us out of the abyss. The Pulitzer is what allowed me to be here today.”

Small presses also operate in a spirit of collaboration, said Goldman, and it was thanks to a colleague who passed on the Tinkers manuscript to her, saying it wasn’t quite right for his house, that she realized within 15 minutes of reading it that she had something remarkable in her hands.

Cooperation also came in the form of Consortium, which handles book sales and distribution for independent publishers.

When Bellevue came to them, “we took them on as a start-up which we do occasionally. It usually takes publishers several years to get going to become a sustainable model. Erika had worked in commercial publishing; this is partly why we took her on, she had experience,” said Schaper.

Goldman said she owed part of Tinkers’ success to Consortium sales reps; who “really know their books and created the old fashioned phenomenon of word of mouth.”

Social networking has become the new word-of-mouth as well, and is particularly effective for small publishers who have a clear identity and have already identified their audiences.

“Brands are becoming unique and recognizable. In the age of social marketing the small presses have a really good ability to reach out to an audience,” said Silverberg.

Independent publishing houses are “being very savvy working with authors to get the word out. They are developing relationships with readers with the subscription model, such as Ugly Duckling Presse. They sell the most difficult thing, poetry and literature in translation, and yet their subscriptions have run out. Some small publishers make a special edition for their subscribers,” said Schaper.

Silverberg noted that as the big publishers in the US become more and more commercial, literary books fall through the cracks and many end up at small presses—to their advantage. Major awards are going to small presses because their books are better. Small presses stick by their authors, but the contrary is not always true.

“We have become a springboard for authors for larger houses. And savvy agents know this,” said Goldman. “We’ve just lost our second prize-winning author.” The Sojourn author Andrew Krivak has moved over to Bloomsbury, but Goldman says she can’t hold it against him given the modest advance Bellevue can offer.

As far as digitization goes, Bellevue is publishing e-books simultaneously at the behest of Consortium.

At the NEA “we are encouraging people like Erika [Goldman] to ask for funding to digitize. We’re suggesting that people shore up now because we don’t know what will be in five years. I don’t think it’s technological innovation so much as getting up to date,” said Silverberg.

Big publishers faced with the digital revolution can’t move very quickly whereas small publishers have the flexibility to experiment, he added.

“It’s interesting that as things have gotten worse in publishing this is a good time for small publishers.”

DISCUSS: Has Politics Neutered the NEA?