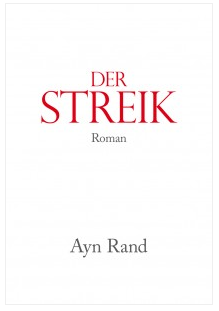 Kai John spent his life savings to buy the rights to Atlas Shrugged and have it retranslated into German.

Beloved as Ayn Rand is in some circles in the United States, she’s basically unknown abroad. Kai John, a German executive, spent his life savings to buy the rights to Atlas Shrugged, and have it retranslated into German. John was inspired by Rand’s philosophies, as well as their implications for current debates on the free market, and he wanted to help spread those philosophies in Germany. Rand’s thoughts don’t sit well with a typical German understanding of reality, and while the press was appreciative of John’s initiative, the same can’t be said for either the book’s content or its style. Kai John spoke to Publishing Perspectives about becoming the German publisher of Atlas Shrugged. PP: Though the book wasn’t very highly praised in the mainstream press, it sold well. Who’s buying Atlas Shrugged [published as Der Streik] in Germany? Have you received large orders from businesses? Interest from politicians? What do you know about your customer base?

Kai John: The deciding criteria for success for the book isn’t if it fits with the mainstream opinion in editorial offices, but rather if it sells. With that much accomplished, I’m more than satisfied. We’re planning a second printing of the book, since the first printing of 5,000 copies will nearly certainly be sold out by the end of the year. The publication date was February 22nd of this year. On top of that, we have very pleasing e-book sales figures.

The book has appeal for all of the core markets targeted (in Germany, Austria and Switzerland). The themes of freedom and the advantages of the free market economy are equally relevant everywhere. We received bulk orders from companies who bought the book for their employees, as well as to distribute to their customers. But our orders were primarily made up of purchases by individuals.

All of our sales channels contribute to our success, from the internet to wholesalers, bookstores (in every one of Germany’s federal states), as well as direct orders from customers on the website. From mail I’ve received, I know that young people are interested in the book, as well as people with more life experience.

Politically, the book is relevant to all of those who support freedom. That’s why in Germany, freedom-oriented circles paid particular attention to the book. Personally, I can warmly recommend that every politician read the book, with the tip that in this context Ludwig von Mises spoke of “the value of better ideas.”

PP: Why was a new translation necessary? Why not just buy the rights to the old one?

KP: In the end, the translation makes the product. It was a business decision to have the book translated again: a new approach for a new era.

PP: Although this project isn’t exactly typical for self-publishing, you’ve certainly learned a lot from the experience. Do you have advice for self-publishers in Germany?

KP: All self-publishers who believe in their idea, and who want to take stock of the ultimate feedback on their idea, namely clients’ individual decisions as to whether they’re ready to pay for the idea and the book, should do just that. The free market works quite well for that. An idea readers like, together with an unreserved willingness to support that idea’s realization, will be rewarded!