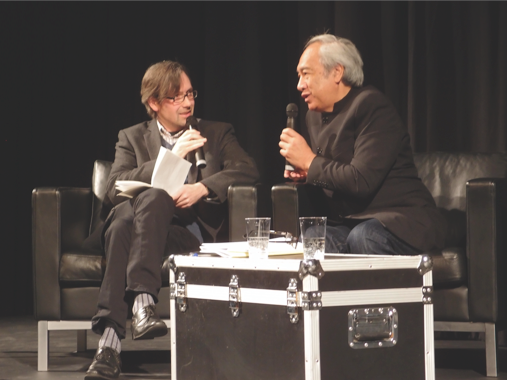 Ihimaera, the author of Whale Rider and 2011’s The Parihaka Woman, spoke with Rowan Payton about the realities of being an indigenous novelist at the New Zealand Forum yesterday.

“I’m always trying to operate from a Māori center, and then move outward,” said Ihimaera. “The land is a history book, the sky is a celestial text, the sea is a marine text. The Māori learned to read these texts a very long time ago.”

Ihimaera said being an indigenous writers means living in relative isolation—according to Ihimaera, there are really only five practicing Māori novelists—and inherent opposition. “I think any indigenous writer is in a confrontational position. From the beginning, you are writing against the dominant texts.”