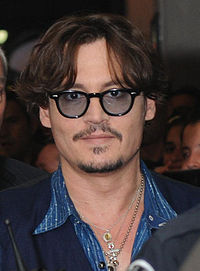 Joining the ranks of Rachael Ray, Anthony Bourdain and Chelsea Handler, Johnny Depp will be running a publishing imprint with the same name as his production company, Infinitum Nihil (“Nothing is Forever”), as part of HarperCollins Publishers, which announced Monday that Depp will seek “authentic, outspoken and visionary ideas and voices.” “I pledge, on behalf of Infinitum Nihil, that we will do our best to deliver publications worthy of people’s time, of people’s concern, publications that might ordinarily never have breached the parapet,” Depp said in a statement released by HarperCollins. “For this dream realized, we would like to salute HarperCollins for their faith in us and look forward to a long and fruitful relationship together.”

One title already on Infinitum Nihil’s list is The Unraveled Tales of Bob Dylan, which promises to tell the true story of the enigmatic songwriter’s life and career, and will be based in part on interviews with Dylan by best-selling historian Douglas Brinkley. Brinkley, who recently wrote a cover story on Dylan for Rolling Stone, said that he and Depp thought the Dylan book was “the ideal way” to inaugurate the Infinitum Nihil series.

“Bob has been very warm and forthcoming with us,” Brinkley said in a statement. “His music has inspired us both deeply since we were teenagers.”

Depp and Brinkley have collaborated before – most recently co-writing the Grammy-nominated liner notes for Gonzo: The Life and Work of Hunter S. Thompson. (Depp also starred in the 2011 film version of Thompson’s novel The Rum Diary; Brinkley, a professor at Rice University, served as Thompson’s literary executor.)

In early 2013, Infinitum Nihil will publish, also in collaboration with Brinkley, Woody Guthrie’s long-lost and never before published novel, House of Earth, which tells the story of ordinary people battling banking and corporate interests in the Texas panhandle. An essay by Brinkley and Depp will introduce the novel.

This is the second big-name publishing announcement to come out of Hollywood in the last month. Earlier, Barry Diller and Scott Rudin announced that they were forming their own e-publishing company with Atavist.