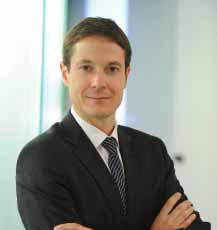 A rising middle class, looser regulations and e-book growth puts India ahead of China on many publishers agendas.

Today our feature story looks at the many difficult issues facing Indian publishers. Despite the challenges, according to Casper Grathwohl, VP of Group Strategy at Oxford University Press in the UK, India is still the one country that publishers should be watching right now. Last year the publishing market grew by 45%. Amazon opened its “Junglee” online retail aggregation service in February 2012, and while it currently functions as a resale marketplace, the firm has also just launched the Kindle, throwing open the doors to its vast online bookstore in August. “With 100 million internet users, the potential for growth is vast,” says Grathwohl. “India is attractive for publishers because there’s a rising middle class, and early signs are that e-books are really starting to take off.”

All the major trade publishers have offices in India, says Grathwohl, and e-books have extra appeal because “they bypass all the problems print books have with distribution and the supply chain.” But at the same time, he adds, digital publishing and online selling of print books in India will force publishers to deal with complex issues: “For instance, it raises questions about global pricing. How do you manage a high price market, such as the US, where a course book might cost $150, and a low price market like India where it’s $20?”

Amazon.com currently does more business from India than homegrown rival Flipkart does inside India, says Grathwohl. Demand is huge, but he adds, publishers will need to be extremely flexible in dealing with the country. The future, he thinks, will see much more localization. “Re-importation of cheaper course books has been a problem for a long time, and in educational publishing this has given rise to local adaptations.”

The importance of offering local variations is essential to understanding the country’s market, adds Grathwohl. “OUP has been a success in India because we don’t treat it as a homogenous area. We have regional offices all over. There is huge variation across the country, we can’t treat it as one entity.” Publishers seeking to transfer their experience from working in the similarly huge market that is China are in for a rude awakening: “There’s much more standardization and regulation in China. In India, it’s a free-for-all.”