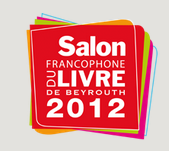 Beirut’s Francophone book fair will be celebrating its 20th birthday beginning October 26 until November 4 on the heels of the city’s 5th comics festival, which was held last weekend. The book fair will open on a sober note following last week’s car bomb explosion; the capital’s deadliest since 2008. Marielle Saloum, a spokesperson for the French Institute, the fair’s organizer, said the event would go ahead as planned. Twenty years ago, the French Embassy created the fair to honor the Lebanese booksellers that continued to sell French-language books throughout the 15-year civil war.

This year, the guest of honor is the Goncourt Academy, which hands out the coveted annual Goncourt Prize for literature. Members of the jury including Tahar Ben Jelloun, Pierre Assouline and Bernard Pivot and will be attending the fair, where the third and last shortlist for the Goncourt Prize will be pronounced. Pivot will also preside over one of his famous spelling competitions.

A new literary prize, Le Choix de l’Orient (The Orient’s Choice), will be launched in partnership with the Goncourt, run by poet and author Hyam Yared. Future winners will see their novels translated into Arabic. In addition, the winner of the Phoenix prize for literature will be announced. The shortlist includes Canadian-Lebanese playwright Wajdi Mouawad’s novel, Anima, published by Actes Sud.

Round table discussions on translation, poetry readings and children’s events will take place as well as an exhibition of finalists in a trilingual comics competition run by Samandal, a comics magazine and the Arab Image Foundation.

The fair, like most everything in Lebanon, is not without a political agenda—in this former French protectorate where French is still widely spoken, it has nevertheless lost much ground to English, and government organizations such as the French Institute are working hard to keep French Lebanon’s second language.