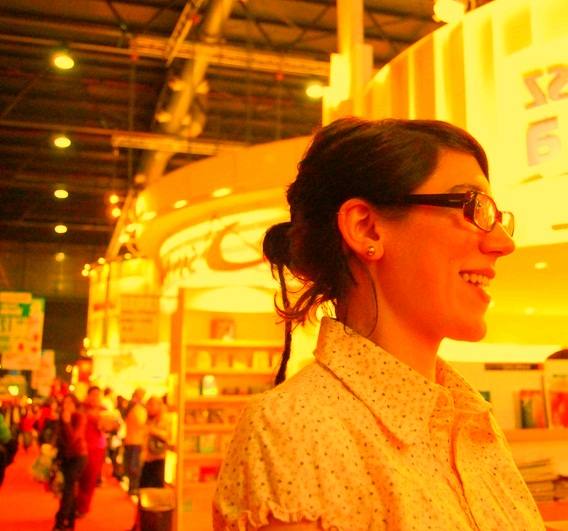 Los-Proyectos is on a mission to put “all the assumptions about digital through its paces.”

BUENOS AIRES: Among the many agreements and trade-offs that builds the literary canon by which a culture identifies itself, Argentines had long ago acknowledged that their literature started with a short-story. El matadero (The Slaughterhouse), written by Esteban Echeverría in 1839, holds the same place in their tradition does “Bartleby the Scrivener” in the United States. That Jorge Luis Borges took the genre to new heights in the XX Century merely underscored that the collective guess was right. The timing of the launch is auspicious. Earlier this month, at Conferencia Editorial 2012, an event organized by Opción Libros — an agency of the Ministry of Culture of Buenos Aires — Octavio Kulesz was paraphrasing his 2011 study, Digital Publishing in Developing Countries, reiterating, once and again, his amazement at the lack of local digital initiatives and warned attendants of the perils of waiting for some Big Brother to save the book industry. In turn, Kobo’s Pieter Swinkels, from the globally wrestling e-reading service, did his best to suggest to the audience that, come the near future, only two or three players will remain in the e-book retail scene and it was necessary to start thinking local anew.

At the same event, Esposito seemed to contradict both of them, stating that Los-Proyectos is a venture born of passion–for books, for HTML, for authors and their works, for industry standards. In order to keep Los-Proyectos really independent, Esposito earns her wages as e-book developer and designer for Alfaguara and other prestigious houses. (And she’s good.)

“Becoming a publisher was a natural process, mainly driven by my relationship with authors,” she says, enthusiastically announcing the imminent addition of four more titles to the list in October. Some publishers come from Harvard Business School; others, like Esposito come from the realm of reading. And then she tells the story of how she got renowned author Marcelo Cohen on board. She hadn’t finished when David Sánchez, from 24Symbols, who was sitting by my side among the audience, whispered in my ear — ”I’m already falling in love with the chick.” A long time fan of Cohen’s dystopian works, Esposito sent him a letter quoting a sentence from his novel Insomnio (1985) — ”flat computers like dried flowers preserved in books.” How could it not be possible that a writer who described e-readers so poetically even before they were conceived would would not be the first to be published by Los-Proyectos? And so he also fell in love with this reader become publisher too.

“Los-Proyectos will be a modest publisher, but with the mission of putting all the assumptions about digital through its paces,“ says Esposito.

First assumption: people read e-books, but don’t want to pay for them. “Our books are there, without DRM, to be downloaded by anybody interested in the author. We have a suggested price as a voluntary contribution to the well-being of the author and the continuity of the publisher. During the first week, we had more than 1,000 downloads, and 40 % of the readers paid the suggested price,” she says, happy with the success.

Second assumption: locking-in readers in artificial ecosystems will guarantee their loyalty. “People have the right to access content freely, when and where it suits them. And they have the right to lend their books. Open standards are key for the development of a healthy environment around the e-book. I don’t publish .mobi because it’s a proprietary format. I belong to publishing, and will always use the standards of the industry. At the present moment it’s EPUB.”

Does it mean that her books won’t be available at Amazon’s e-bookstore? “My obligation to authors is that they will benefit from all the distribution channels possible. Amazon has already contacted us. We’ll see if their conditions are of mutual interest or not.” A scarce 105 pounds, this is one woman unafraid of challenging the 1,000-pound gorillas…

Third assumption: metrics on user behavior will tell publishers what to do next, averting failure. “We have to be proud of our tradition, which has always been one of risk. During decades, we have suffered our ignorance of readers, but readers are our ultimate goal and they have rights too, as every citizen. One of them is the right to read without being tracked, the implications of which haven’t been considered in all its depth. Besides, if a certain amount of readers read certain books slowly, it may mean that the content is overwhelmingly enriching their lives.The machine can’t tell us.”

Los-Proyectos has signed traditional agreements with their authors, consciously avoiding Creative Commons licenses that are popular among some indies. Esposito believes in the civilizing force of trade. “I want to know what readers do faced with the option of reading for free or reading freely but paying the author her due. We need to experiment in order to restore the bonds of trust that used to be the touchstone of the book industry”, she says. Attentive to the evolution of the industry standards, the contracts state that the publisher will enhance the works under license when EPUB3 specs and support are ready.

Cecilia Esposito is a rara avis — her many skills go from discerning grain from end grain in the print book realm to being an expert in ONIX metadata, from choosing the best authors to designing and developing e-books with limpid code. As Marcelo Cohen expressed in his letter accepting to be published by Los-Proyectos: “Good luck. Lots of. And joy. And good books.”

Julieta Lionetti is a contributing editor to Publishing Perspectives and an independent publishing consultant based in Buenos Aires.