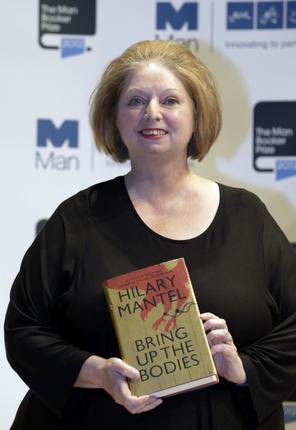 Hilary Mantel has been named the winner of the 2012 Man Booker Prize for her novel, Bring Up The Bodies, making her the first British author to win the prestigious award twice. The bookies’ early favorite received the award, along with 50,000 pounds ($80,500) in prize money, at a ceremony in central London.

Accepting the award, she joked, “You wait 20 years for a Booker to come along, and then two come at once!”

Mantel had previously won the award in 2009 for Wolf Hall, the prequel to this year’s Bring Up The Bodies.

Others competing for the award were Will Self with Umbrella (the recent bookies’ favorite), Tan Twan Eng for The Garden of Evening Mists (Myrmidion Books), Deborah Levy for Swimming Home (Faber & Faber), Jeet Thayi for Narcopolis (Faber & Faber), and Allison Moore for The Lighthouse (Salt).

According to experts, Mantel can expect to see a dramatic sales increase following her victory: previous winners such as 2010’s Howard Jacobson with The Finkler Question, have seen sales increase by as much as 2000% in the weeks following their win.