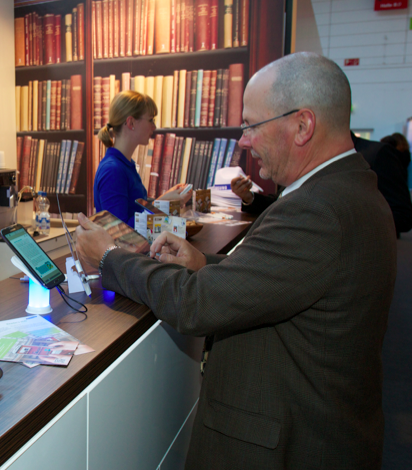 E-book sales grew over the past year by 188% — a slight slowing — but the proof will come at Christmas.

Print sales are generally public. Bestseller lists — with hard, open numbers to back them up — are a fixture. Not so for e-books, for which total sales and breakdowns by retailer or category are still carefully guarded by retailers and publishers alike. It’s a shame, as greater transparency would allow for better decision making and give us an overall sense of the contours of digital change. No matter, it’s just about possible to make out what is happening in the UK. Firstly though, we should separate the two strands of digital publishing that have emerged. On the one hand you have straightforward “vanilla” e-books, or digital replicas of print titles; on the other you have digital-first, digital-only e-books that require more developmental work, breaking new ground in terms of product and business model. These latter projects have, I believe, caught on in the UK more than elsewhere. Before that, let’s look at basic e-books.

Competition Increases, the Key is Christmas

Amazon Kindle is still the dominant platform, shifting more devices and selling more books than any other retailer by a considerable margin. Their aggressive pricing, cheap devices, intensive marketing and long established place as the go-to Internet retailer have all cemented them at the top of the e-book pile. Apple iBooks, Kobo, Google and Sony, alongside a host of smaller start-ups, are all in the mix though. With the launch of Barnes & Noble’s Nook in the UK, competition will be ferocious this Christmas. To what extent the Nook makes inroads against the Kindle will be the decisive question for e-book watchers in 2013.

They face an uphill battle. Earlier this year it was announced, to the shock of many, that Waterstones, the UK’s largest book retail specialist, would partner with Amazon to sell Kindle devices in stores. Many were surprised that Waterstones would partner with their most strategically difficult competitor, but clearly Waterstones feel the plan will ultimately give them a viable digital presence and protect the efficacy of bricks-and-mortar retail. It will undoubtedly boost the shift to e-books.

Recent Publishers Association figures put e-book sales growth at 188% over the past year — which actually represents a slowdown. Digital trade sales accounted for £84 million in revenue from January to June 2012. When both HarperCollins and Hachette UK released their semiannual reports, e-book sales accounted for over a quarter of revenues at both companies. Victoria Barnsley, the CEO of HarperCollins UK, predicted that e-book revenues could be a third of the group’s total within two or three years. Other indications suggest growth may be plateauing as e-book reading reaches a natural level among frequent book buyers. As ever, no one knows quite for sure what will happen, but the picture will emerge in the weeks after Christmas.

Commercial Fiction is the Digital King

There is, however, a clear sense of what sells as an e-book. Commercial fiction is clearly the “classic” e-book seller. Non-fiction, reference and children’s all struggle to sell the volume achieved by fiction, a pattern seen not just in Britain but around the world (as evidenced by the Fifty Shades phenomenon).

While non-fiction, reference and children’s may struggle as basic e-books, they have started finding a market as mobile apps. British publishers, including established brands like Penguin and Faber & Faber, as well as start-ups like Touch Press and Nosy Crow, have produced notable commercial and critical successes in an area fraught with difficulties. Most publishers are still only building their skills and understanding for this market, so it is encouraging to see positive breakthroughs.

While basic e-books still generate the majority of digital book revenue in the UK, there is a new suite of products increasingly coming into the public consciousness and, crucially, delivering a solid return. Matching a creative flair to a commercial nous will be the key. Then again, it always was.