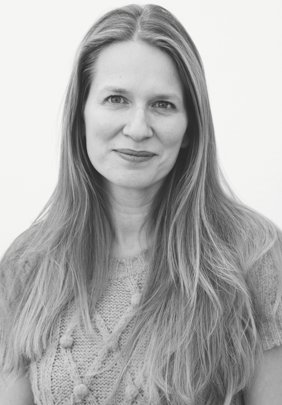 British publishers, editors and agents arrived in Frankfurt buoyed up by the fact that the continuing success of Fifty Shades and the debate over the merits of JK Rowling’s The Casual Vacancy have put books firmly center stage in people’s minds.

Editors are bracing themselves for the inevitable conversations about erotica, but they also have wish lists that acknowledge how the tastes of the public are blurring and changing. Hodder Publishing Director Carolyn Mays notes how fantasy and science fiction have moved more into the mainstream and says: “We’re not only being shown more of these books, we’re also going out and looking for them. We’re expanding this area…In May next year we’re publishing Red Moon by Ben Percy, about a world in which werewolves exist. What’s interesting about this title is that Ben is a literary author, and I’m not sure that five years ago this book would even have been written.” Cape Publisher Dan Franklin is wary of trying to find trends where none exist, but even he concedes that literary writers like Colson Whitehead are playing with the form (in his novel Zone One) “But until Ian McEwan delivers his first werewolf novel, I’m not sure we can say something is happening.”

Kate Elton, Publisher of HarperFiction, where sales of George R.R. Martin remain “extraordinary,” says she would like to find “one more epic fantasy writer. The barriers between genres that used to exist are breaking down — not everyone who reads G.R.R. Martin is a fantasy reader. What we’re seeing as well is how much series dominates. People want to lose themselves in more than one book, and that’s changing the way we’re publishing. For example, the Swedish crime writer Anders de la Motte that Blue Door bought — we’re going to publish this trilogy in the same month, whereas a few years ago, we’d have done one a year.” Hamish Hamilton Publisher Simon Prosser believes the market is opening up for literature in translation. “I’ve bought far more in the last six months than is usual, and I’m particularly interested in meeting up with the foreign publishers of these writers. The market is more receptive which could be for a number of reasons. The Chilean author Roberto Bolano is very popular in the United States and people like him help the audience become receptive. I do wonder too, if the Net hasn’t made a difference. The Net makes the world feel less parochial — it connects us as never before.”

Peter Straus of Rogers, Coleridge & White, who is also President of the Association of Authors Agents, is concerned about discounting and perceptions of value. “People think everything on the Net should be free, so e-books should be free which drives down the price of printed books. But if a book is red hot, if people want it, it creates a momentum and it will be sought after and people will pay for it.

“The sales of Fifty Shades are fantastic — it shows the appetite for books is there — but I want the industry to show more confidence. It’s still very reactive. I want more event publishing, more publishing with international focus and meaning.” Simon & Schuster MD Ian Chapman says the launch of the Nook is significant, “a big moment for the trade,” and adds: “The challenge for publishers is how to remove costs from the business as we make the transition to digital. It’s about reducing publishing to its basics — identifying talent and nurturing it.

“I’m very optimistic and excited about the future of book publishing and I think Frankfurt is more important than ever. Even though the world has become smaller and we can all hide behind e-mail or social media, it’s still important to have those one-on-one conversations where you look someone in the eye.”