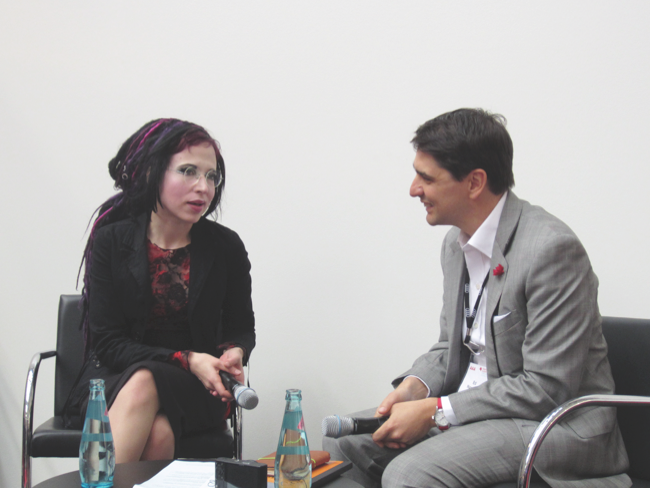 The Finnish author’s When the Doves Disappeared was published this year and is her third novel set in Estonia following bestsellers, Stalin’s Cows and Purge.

Oksanen said she enjoyed working on historical novels that are connected to today’s world or a cultural situation—Estonia lends itself to this perfectly with its history of former German and Soviet occupation.

Although writing in Finnish is important to Oksanen, she said that for her novels set in Estonia she hears her characters speaking in Estonian so that it’s already a translation of sorts. She added that she doesn’t think of her international readers when writing, but does consciously chose titles for her novels that are easily translated and names for her characters that are universal, so that they are accessible to others.

When the Doves Disappeared will be published by Knopf in the US and Atlantic Books in the UK; so far rights have been sold to 19 territories.