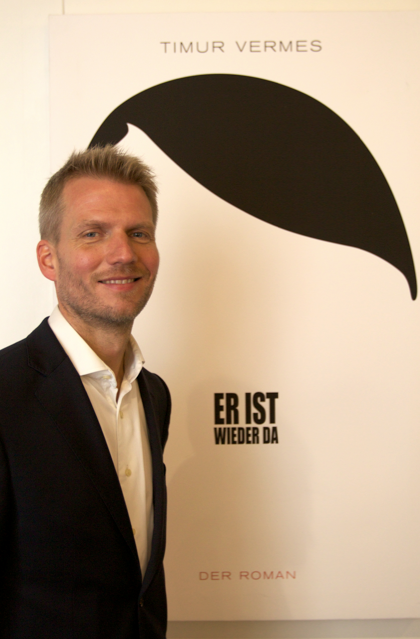 Everyone has favorite people they look forward to seeing at the Frankfurt Book Fair each year. One of mine is Jutta Willand-Sellner, Rights Director for German boutique publisher Eichborn. Her passion for publishing and enthusiasm for Eichborn’s eclectic list is infectious—even when you can’t, like me, actually read German.

Eichborn’s travails are well known. It was the only publicly-traded German publisher before the economic crisis forced it to file for bankruptcy in 2011. Cologne’s Bastei Lübbe stepped in to buy the company and save it from the executioner.

Of course, I was happy for Eichborn and just as delighted to learn that the new owners had retained Jutta. “It was important to maintain a strong link to Eichborn’s history and story,” explained Felix Rudloff, Eichborn’s new, dynamic Publisher.

An 18-year veteran of S. Fischer, Rudloff is tasked with bringing new talent to the publisher, as many of the house’s young stars left in the wake of the crisis. He also wants to maintain the house’s “quirky and provocative” list, which serves as a nice complement to Bastei Lübbe’s highly commercial list.

To wit: Er ist wieder da (in English: Look Who’s Back), a new satirical novel by Timur Vermes that imagines what it might be like if Hitler woke up in a vacant lot in Berlin in 2011 and became a wildly popular—and wickedly vile—television talking head.

With a 50,000 copy first printing, the book hit Der Spiegel’s bestseller list in its first week on sale and is now sitting at #12.

Eichborn’s rebirth is instructive on a number of levels. It demonstrates that, regardless of the risks, courage is a requisite in this highly competitive marketplace; it reaffirms the power that brands can command in publishing—be it Eichborn’s or, unfortunately, Hitler’s; and it reaffirms the necessity of maintaining a sense of one’s original mission, even in the face of unrelenting change.

That the rights to Er ist wieder da have sold to the UK, Spain, Norway, Italy and several other territories, should also come as no surprise. Well, not if you know Jutta.