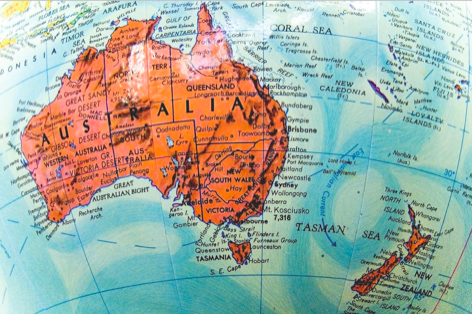 Australian book sales have plunged 10% in 2012, but e-book sales are finally taking off.

Despite Australia’s general economic buoyancy, 2012 is turning out to be another tough year for the Australian book industry against a background of low consumer sentiment. According to Nielsen BookScan’s survey of Aussie book retailers, year-to-date retail sales for 2012 are down 10% on the same period in 2011 (itself a gloomy time which saw the collapse of Australia’s largest book retail chain, REDGroup Retail). Booksellers included in the Nielsen survey have sold 38 million books as of September.

That dollar sales have dropped even further — 14% — over the same period suggests that a fair amount of discounting has been going on even to maintain even these depressed levels. Indeed, the average selling price for books has been falling since 2009, according to Nielsen.

And all this despite the Fifty Shades of Grey dividend: the three books in the trilogy have sold 2 million copies this year, or over 5% of all sales. Without E. L. James’ enlivening of Australian marital life, volume sales would have been down by over 15%.

Two tough years back-to-back has created casualties. Last month, one of Australia’s hitherto most dynamic trade publishers, Murdoch Books, finally gave up the fight and has been bought by the largest local publisher, Allen & Unwin, with a large number of jobs lost. Specialist R&R Publications has gone into liquidation, and Melbourne University Publishing posted a $2.1 million loss. Sales forces and lists are being trimmed, while one of Australia’s two remaining book printers, OPUS Group (which missed out on printing Fifty Shades), is also downsizing after posting large losses. Adding to the gloom, major educational bookseller Education Works has gone into liquidation following an unsuccessful brush with venture capitalism.

At the same time, the small but steady stream of newly opened bookstores has yet to fill the void left by last year’s closure of around 90 REDGroup stores.

With the Australian dollar still strong, local postage costs prohibitive and no GST on imports worth less than $1,000, the major beneficiaries appear to be overseas online retailers such as Amazon and Book Depository, although local online booksellers such as Booktopia (sales up 46.5%), Boomerang and Fishpond are also experiencing strong growth. Pearson Australia has joined their ranks recently relaunching Borders Australia’s online business (which it purchased in the REDGroup fire sale last year), as Bookworld.com.au.

At the same time, after several false dawns, e-books are finally taking off. One distributor told me recently their sales of e-books were up 1,000% on the same period last year, while Hachette’s Australian business reported similar growth between 2010 and 2011. HarperCollins Australia reported e-book sales more than doubled in the past year. With Amazon’s Kindle, Apple’s iBookstore and Kobo performing strongly, and even independent booksellers able to sell through e-book platforms such as Overdrive (which acquired local e-book platform Book.ish in March), ReadCloud and Copia, it’s now essential to have an e-book edition of your book in Australia.

While it’s been a tough year, there is anecdotal evidence that booksellers are starting ordering again in anticipation of Christmas cheer. This, and rising e-book sales, are at least showing a way forward in Australia — if not back to the halcyon days, then at least into the “rich and strange” world that will follow this troubling sea change.