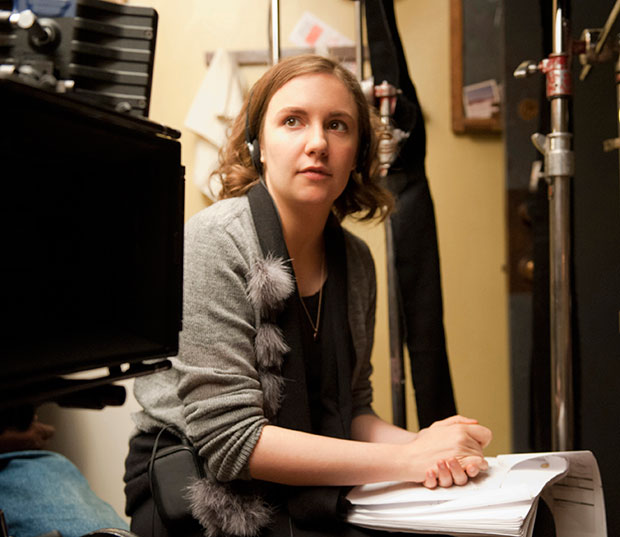 After a spirited bidding war between all the major publishers, Lena Dunham, creator and star of HBO’s Girls, signed a $3.7 million book deal with Random House. And according to Rob Spillman, co-editor of Tin House magazine, that is emblematic of all that is wrong with corporate publishing today.

Writing for Salon.com, Spillman says that “The Durham deal smacks of a search for the ‘Barton Fink’ touch — as in, ‘get me the next Bossypants stat.’” But, as he points out, when Tina Fey received an advance of over six million for Bossypants, she had already had already worked on “Saturday Night Live” for ten years, as well as two years of her Emmy-winning “30 Rock” on her resume. Dunham’s show “Girls,” in comparison has been on the air just one season, and was watched, in its premiere, by a mere 872,000 people.

Barney Rosset, the founder of the Evergreen Review and Grove Press, the man responsible for publishing Beckett, Neruda, Miller, Genet, Burroughs, and many others is Spillman’s publishing hero.  And it is in that regard that he raises the following question:

“Imagine what Rosset would have done with $3.7 million dollars? Let’s say he paid 370 writers $10,000 advances each. Odds are that 20 years from now, a handful of those books would have been cultural touchstones, each outselling Dunham’s advice book. Right now, off the top of my head, I could give you a list of 370 writers who would write books that would have longer lasting cultural impacts than Dunham’s 15 minutes of publishing glory. Or, let’s be more generous and more selective: Let’s give 37 writers $100,000 advances. Most struggling writers I know would kill for that kind of advance and could easily stretch that amount out to finish their books. Let’s say only one of these writers turns out to be a Lorrie Moore, Dorothy Allison, Karen Russell or Denis Johnson. Over time, they would surely outsell Dunham. And if two of the 37 turn golden? Let’s be ambitious. What if there are five brilliant writers in the group — roughly one out of seven writers — we’ve chosen to invest in?”

The issue, Spillman insists, is time. Corporate publishers need to justify their quarterly earnings to stockholders and parent companies which is why, he says, small publishers are thriving and winning many of the awards that the major houses to dominate.  It’s not that there aren’t “pockets of risk-taking” within major publishing houses, but, he concludes, “Random House’s rash deal with Dunham is the rule, not the exception. These decisions are why the corporate publishers are losing cultural relevance and why they might lose solvency soon as well.”